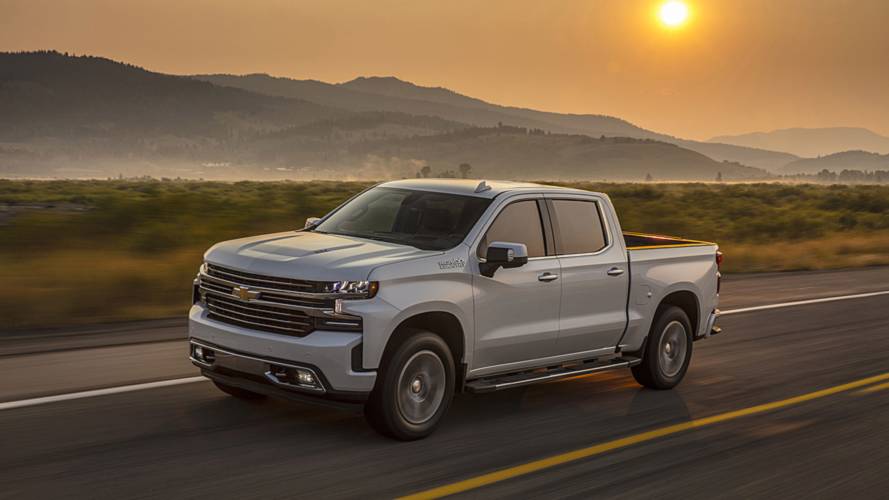 GM allegedly launched the current-generation trucks before the new greenhouse was ready.

Changes are reportedly coming to the Chevrolet Silverado and GMC Sierra, though it might not be what you expect. A new report from Muscle Cars and Trucks says GM will give its half-ton pickups a significantly updated interior for the 2021 model year. Automotive News also mentions a potential interior redux in the near future.

Our Take On The Silverado And Sierra:

Perhaps of greater interest is the alleged story behind why a major interior change is coming so soon after an all-new model launch. As MC&T explains, GM apparently bumped up its launch window for the Silverado and Sierra in response to Ram’s all-new 2019 1500 pickup. To match that timeframe, concessions had to be made and an all-new interior was among them. It seems something much more upscale – at least on higher-end trim levels – was originally planned.

This is the first time we’ve heard this claim, and the report doesn’t identify specific sources for reference. The current Silverado/Sierra interior isn’t bad by any means, and it’s not a direct carryover from GM’s previous pickups. However, the new Ram has one of the best-looking truck interiors of all time, and comparing the current and previous-generation Silverado interiors below  (2017 Silverado left, 2019 Silverado right) there’s no denying the striking similarity between them.

In any case, it seems likely an interior update is coming. What can we expect? The report doesn’t offer details but it does describe a revised center stack that will offer a larger infotainment screen. Materials and smaller details will likely be amended as well to provide a more luxurious greenhouse. Given the criticism that’s also been leveled against the Silverado and Sierra’s exterior design, seeing minor changes on the outside wouldn’t be a surprise, either. That’s especially true considering this proposed interior refresh coincides with the expected arrival of the new Ford F-150.

If the story is true, it’s not without a tremendous amount of irony. Sales for the Silverado and Sierra have fallen while Ram continues to soar – due in no small part to strong sales of the previous-generation Ram Classic. It could be said that, by rushing to meet the new Ram head-on, GM is now losing to both the new and the old model.