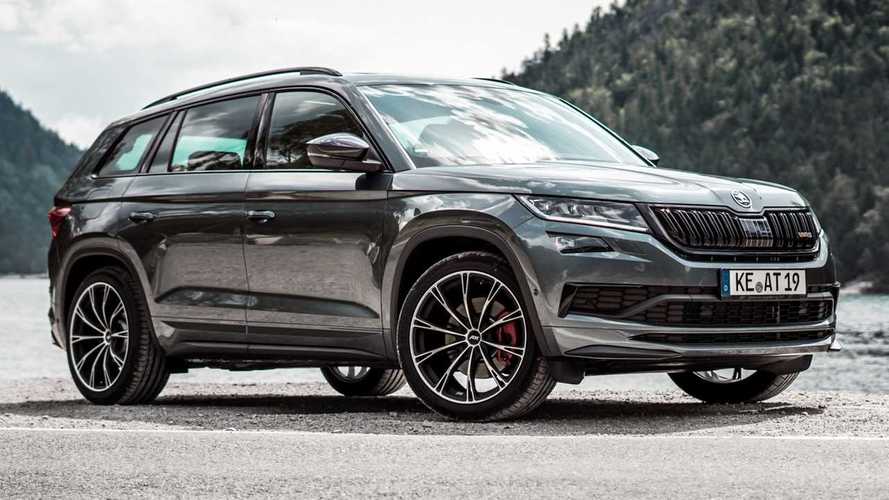 Probably because of its diesel engine, the Skoda Kodiaq RS hasn’t quite piqued the interest of European tuners like the Octavia RS. However, ABT with its affinity for many Volkswagen Group products, has decided to take a stab at upgrading what is currently the fastest production seven-seat SUV at the Nürburgring. Don’t let the nearly stock looks trick you into believing it’s merely a Kodiaq RS with 20-inch aftermarket black wheels and an ABT badge slapped onto the tailgate because there’s more to the story.

The Kempten-based tuner had the chance to work on the twin-turbodiesel 2.0-liter engine and managed to bump its output from the series 236 horsepower and 500 Newton-meters (369 pound-feet) of torque to 267 hp and a generous 540 Nm (398 pound-feet). Thanks to the beefier four-banger TDI, the Skoda Kodiaq in RS guise now runs to 62 mph (100 kph) in 6.8 seconds or two-tenths of a second quicker than the standard version. No word about the top speed, but we’ll remind you the Czech marque quotes a maximum velocity of 137 mph (220 kph).

Gallery: Skoda Kodiaq RS by ABT

Like all of the other Kodiaq RS SUVs out there, this one boasts a seven-speed, dual-clutch automatic transmission tasked with sending the Bi-TDI’s power to both front and rear axles. The most powerful diesel Skoda ever in its standard form made the headlines – even before its official debut – a little over a year ago after Sabine Schmitz completed a lap of the Green Hell in a record-breaking 9 minutes and 29.84 seconds. The newly gained power courtesy of ABT might shave off a second or two, but that obviously wouldn’t count as a record for a factory production car.

As a final touch, the German tuner also fiddled with the Kodiaq RS’ suspension to improve handling during high-speed cornering while making the large SUV look slightly sportier.