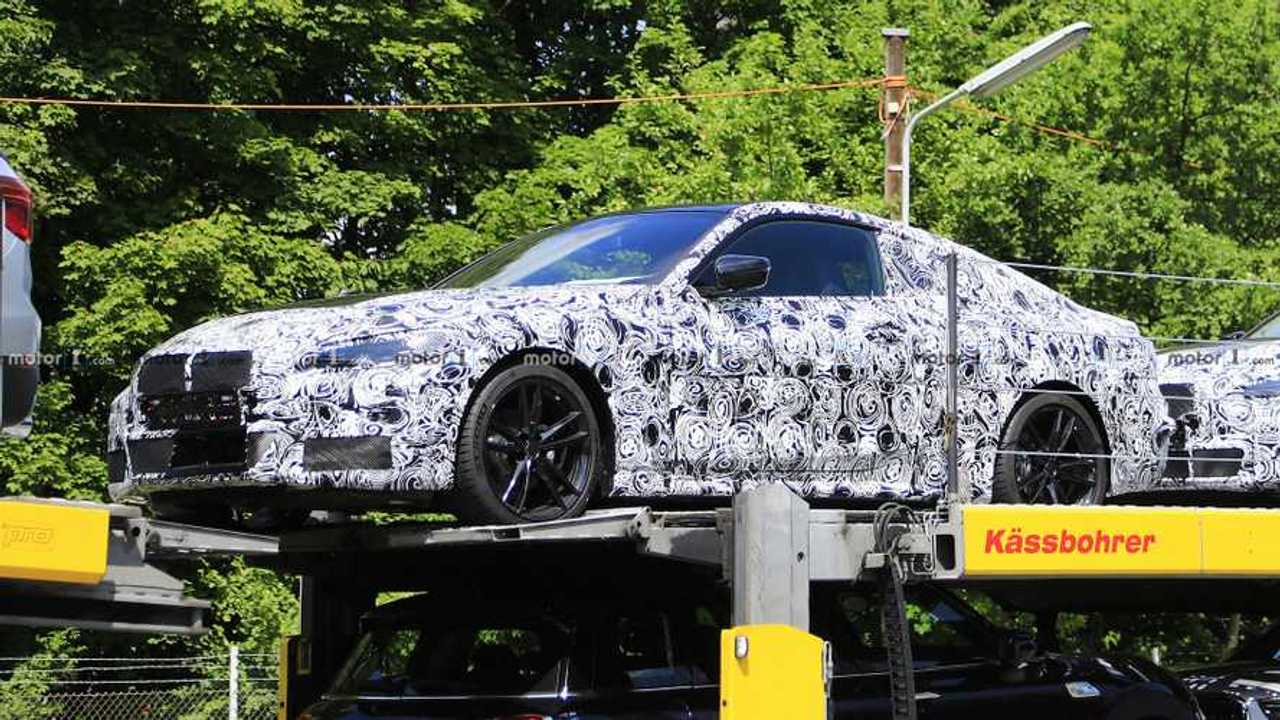 The arching roof gives the coupe an attractive silhouette.

[UPDATE, July 18] Additional images have been added at the beginning of the gallery, below.

After seeing a plethora of spy photos of the new 4 Series Convertible, new images finally provide a look at the hardtop version of the upcoming coupe. This one is traveling on a car hauler.

Like the convertible test mules, BMW's engineers disguise the front end to conceal the look of the lower fascia and grille. This one appears to wear the production-spec headlights but with a little camouflage in the corners.

From the profile, it's possible to see the downward sloping roof. Compared to the convertible, the top looks more aerodynamic and gives the car a speedy silhouette.

Get A Very Good Look At The 4 Series Soft Top::

The rear is under heavy camouflage, but it's possible to see how the revised roof shape integrates into the tail. The taillights are still camouflaged. The tiny, circular exhaust tips on each side look a little too small to fit with the rest of the design, but this is still a development vehicle, so things can change.

The 4 Series will also be the starting point for the new M4, but it will wear more aggressive touches on the body. The current info suggests the new model gets a 3.0-liter twin-turbo inline-six engine making 473 horsepower (352 kilowatts) in the standard version or 503 hp (375 kW) for the Competition variant. Customers can allegedly pick from a seven-speed dual-clutch automatic or a traditional manual. There's also talk of all-wheel drive possibly being an option.

The new 4 Series could debut before the end of the year, but sales probably wouldn't begin until 2020. Look for the convertible to hit the scene a few months later, and for the M versions, including the droptop, to come after that.