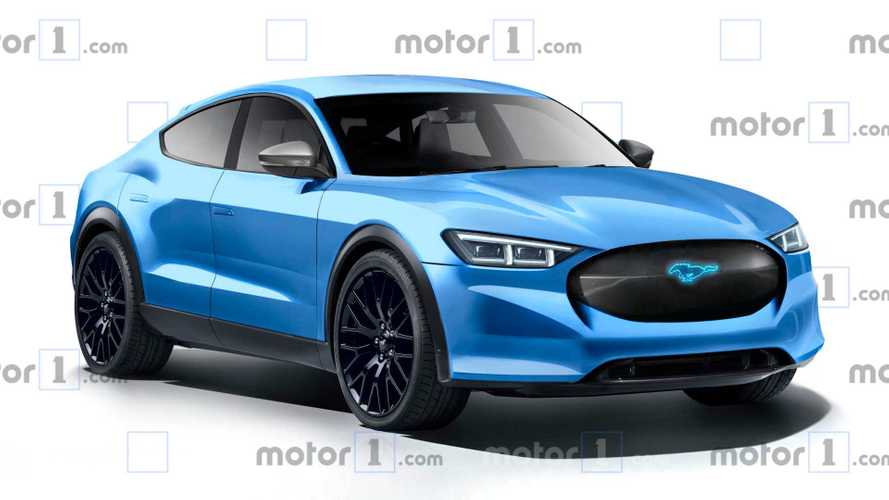 It will preview a future production battery-electric vehicle.

Update: This article now includes a statement from Ford.

It’s no secret that Ford is working on a dedicated electric vehicle with Mustang-inspired styling, and now Autocar is reporting we’ll get our first look at the vehicle before the end of the year. Albeit as a concept car.

Although Emma Bergg, Ford's electric vehicle communications manager, told us in an email that the company does not comment on speculation related to its future products, we expect the rumored concept car to show off the basic design of the brand's forthcoming production electric vehicle. This model, as illustrated above, will borrow heavily from the Mustang’s styling book, but is unlikely to wear the pony car’s nameplate.

The battery-electric crossover will reportedly offer two battery pack options, with the largest pack affording a range of more than 370 miles between charges. We anticipate the model’s straight-line performance will match up with its sports-car-inspired looks, as well.

While it appears we’ll have an idea of the future Ford BEV’s styling before the end of the year, we don’t expect to see the final product until the 2020 calendar year, at which point the Mustang-inspired crossover will go on sale as a 2021 model year vehicle. Given the model’s sporting intentions and surely generous size, we believe the Blue Oval’s dedicated electric vehicle will wear a price tag higher than the likes of the Chevrolet Bolt or Nissan Leaf, which start at $36,620 and $29,990, respectively.

We’re sure we’ll know more as we get closer to the car’s formal debut.