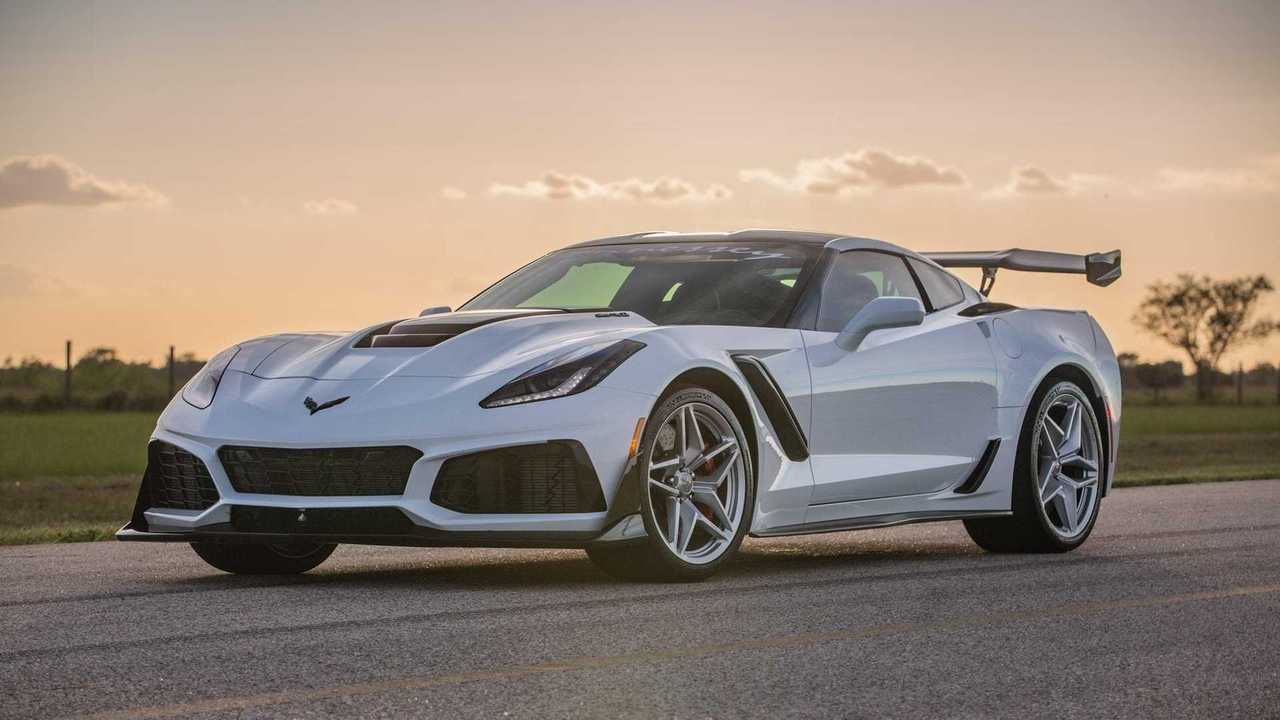 It has the same power as the mighty Bugatti Veyron Super Sport.

Ladies and gentlemen, Hennessey has done it again. Just days after hitting the dyno with a Chevy Corvette ZR1 fitted with the HPE1000 package as a step up from the HPE850 tune, the American tuner is back with its third and most powerful kit yet. It’s called the HPE1200, and as you have probably guessed by now, it unleashes a whopping 1,200 horsepower at 6,400 rpm from the supercharged 6.2-liter V8 engine. To put that output in context, it matches the Bugatti Veyron Super Sport a.k.a. the former fastest production car in the world.

With 445 hp more than the standard car, the ZR1 should be an absolute rocket. It also offers a lot more torque as the eight-cylinder engine has been massaged to deliver 1,066 lb-ft (1,445 Nm) from 4,000 rpm or an extra 351 lb-ft (476 Nm) over the stock car. It’s a little bit less than the aforementioned Veyron SS, but that one has eight more cylinders.

Bear in mind the massive power is unlocked by using race fuel, but you still get 1,100 hp when the engine is feeding on 93 octane. Bringing the supercharged engine to four-digit levels of power takes a lot of work, and includes everything from a ported factory supercharger and a high-flow induction system to a custom camshaft and upgraded exhaust valves. For the full list of modifications, check out the press release area at the end.

Should you want the HPE1200 for a Corvette ZR1 fitted with the eight-speed automatic transmission, Hennessey will have to modify the gearbox to handle the extra power. You’ll be happy to hear these changes won’t be necessary for the cars fitted with the standard seven-speed manual ‘box.

See The Latest Projects From Hennessey:

Performance numbers are not available yet, but we remind you the HPE1000 kit enables the mighty Chevy to hit 60 mph (96 kph) in only 2.3 seconds and do the quarter mile in 9.4 seconds and 147 mph (237 kph) provided the car is fitted with the optional rear drag radials. Top speed? Over 230 mph (370 kph) for the ZR1 without the optional ZTK track performance package.

You’ll have to get in touch with Hennessey to find details about pricing, but they do say the HPE1200 comes with a three-year / 36,000-mile warranty.

Available for the 2019 Chevrolet Corvette ZR1 equipped with the LT5 supercharged engine.

* 7-Speed manual does not require a transmission upgrade.