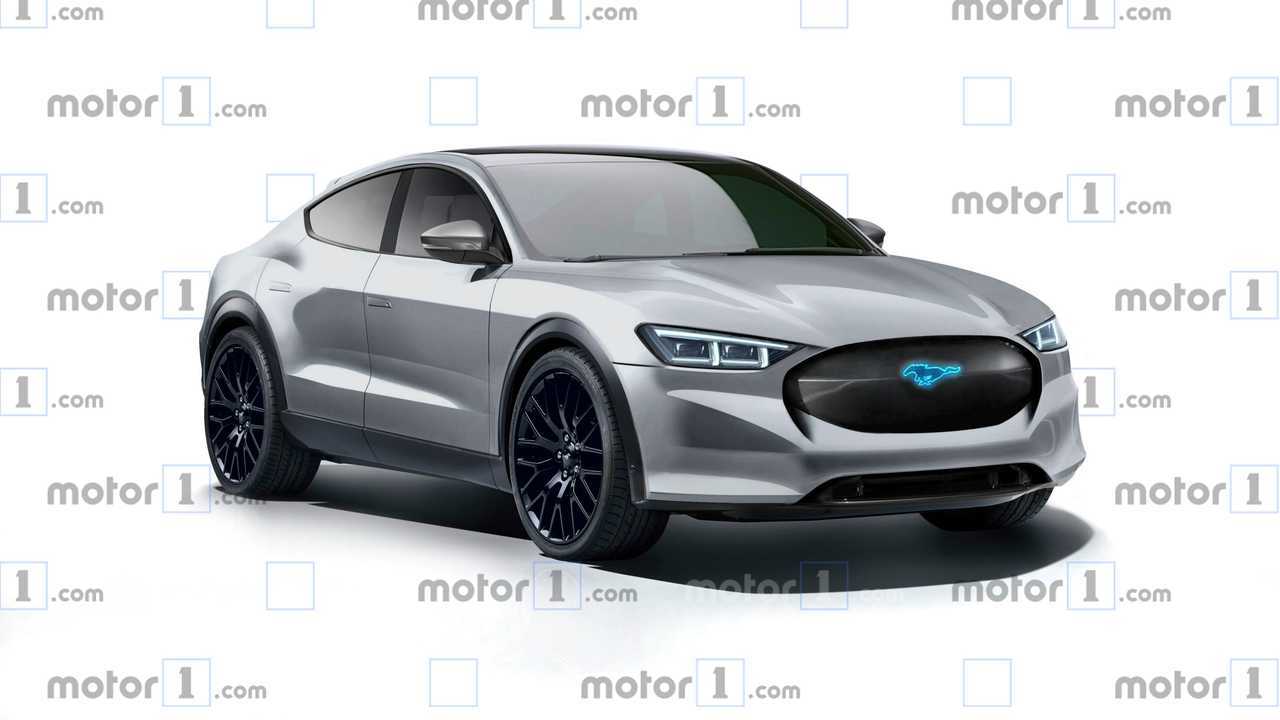 It's coming for 2021 and it could look something like this.

Ford just announced its new Escape for 2020, but the launch event in Amsterdam contained additional information that most decidedly has our interest. The Blue Oval started touting an all-electric Mustang-based crossover vehicle over a year ago, but nestled in the Escape’s launch were some fresh details on the project. They were so interesting that we took it upon ourselves to commission the rendering you see above. This interpretation is based on recent information, rumors, and tips from people who’ve allegedly seen the real design.

The Mach-E Is Ready To Rock:

What did Ford let slip in Amsterdam? For starters, Mustang-based is the key term here. It will be built on a dedicated platform with dimensions similar – but not identical – to the current-generation Mustang. Nor will it be called Mustang, or rather, we don’t think Ford will make that leap. We’ve been told it doesn’t have an official name yet, and Ford backpedaled on its original plan to revive the storied Mach 1 nameplate for this car. With the Falcon officially retired in Australia, this could be the perfect time to bring the moniker back. Or, since this is an electric vehicle, perhaps a recasting of the Lightning name is in order?

Not only will this new crossover be electric, it will be Ford’s first fully electric production vehicle built from the ground up for battery power. Performance isn’t known yet, but we’re told it will offer two range options with the largest being 600 kilometers (373 miles). Similar to Tesla, the Blue Oval EV will feature a digital cockpit inside with a big center touchscreen and over-the-air software updates.

Ford has other electric projects in the works as well, but details there are still muddled since they involve a possible collaboration with Volkswagen. The Mustang-based model, however, is independent of that and we should see it hitting showrooms sometime in 2021. Ford has promised us more information on the crossover this November.

Do you have any suggestions for what Ford should call its first all-electric vehicle? Let us know in the comments section below. Who knows? The Blue Oval brass just may take your advice.