The TVR from Italy history has forgotten.

Not only because it was shaped pretty much like a TVR, but it was Alfa Romeo’s interesting attempt at reviving the glory days of coachbuilders.

Having seen the leaked image of the yet-to-be-launched GTV, we figured it’s the right time to take a look back at another two-door sports coupe from Alfa Romeo. Highly unusual, the Nuvola was pinned by the company’s Centro Stile led at that time by none other than renowned car designer Walter de Silva. He created the original Audi R8, not to mention the gorgeous Lamborghini Miura concept and the wild one-seater Egoista concept. He was also the man behind the lovely Alfa Romeo 156 and a plethora of other models from the Volkswagen Group.

Getting back to the Nuvola at hand, it was envisioned with a long hood and a heavily sloped roofline ending with a short rear in the same vein as sports cars from TVR. The concept served as a preview of Alfa Romeo’s new styling approach, which debuted the following year with the 156. At the same time, the one-off vehicle proposed an interesting idea. The Italian brand envisioned the Nuvola as a resurrection of the coachbuilt car, with the automaker providing the rolling chassis for an independent company to create the body and then sell the vehicle through Alfa Romeo dealers.

Doing so would’ve been possible thanks to a modular space frame chassis able to accommodate virtually any type of body style, from the Nuvola’s sleek coupe shape to a more practical shooting brake. Unfortunately, it never happened, and the two-door, two-seater sports car with its polyester body and fully integrated bumpers remained purely a concept.

You can check out the 1996 Nuvola in the metal by visiting the Alfa Romeo Historical Museum in Arese, Italy.

Other Forgotten Alfa Romeo Concepts From The Series: 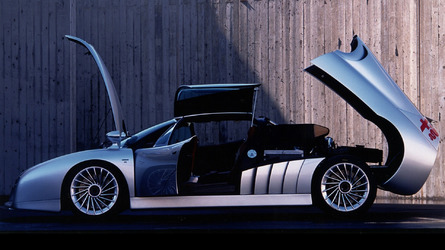 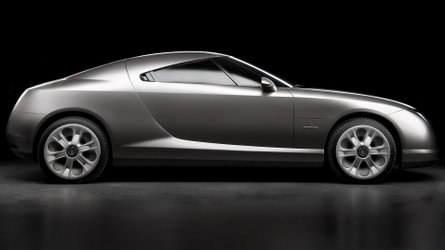