The Alfa supercar that never was.

Because it was Alfa Romeo’s idea of a race car entirely legal on public roads with an interesting body penned by Italdesign. Also, it might bring back some sweet memories of playing the PC version of Need for Speed III: Hot Pursuit.

The year was 1997 and the 164 was approaching the end of its lengthy life cycle, but not before going out with a bang. The executive four-door sedan served as foundation for a fully working concept of a supercar featuring a carbon-composite frame structure and an all-aluminum body to keep the weight low. And what a body it was.

The windows were not integrated in the car’s door panels as instead Italdesign came up with the brilliant idea to install a removable and electrically operated gullwing setup. It allowed the driver to simply take out the glass and convert the Scighera into a roadster. At the front, the wraparound windscreen took inspiration from classic models of the 1950s and 1960s and provided excellent visibility for the driver thanks to the very thin A-pillars. There was also an F1-styled bumper and a V-shaped hood that arose straight from the grille. The latter was flanked by thin vertical strips of headlights with a so-called “clown-eyed” motif, according to Italdesign. 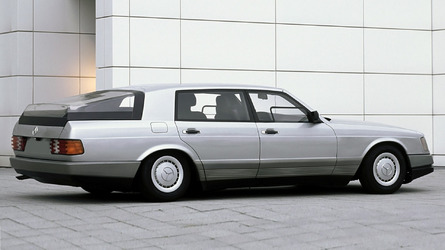 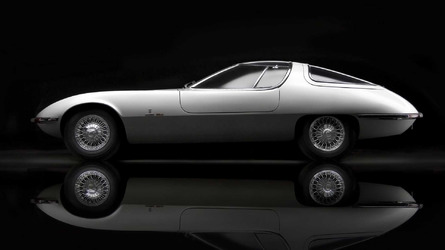 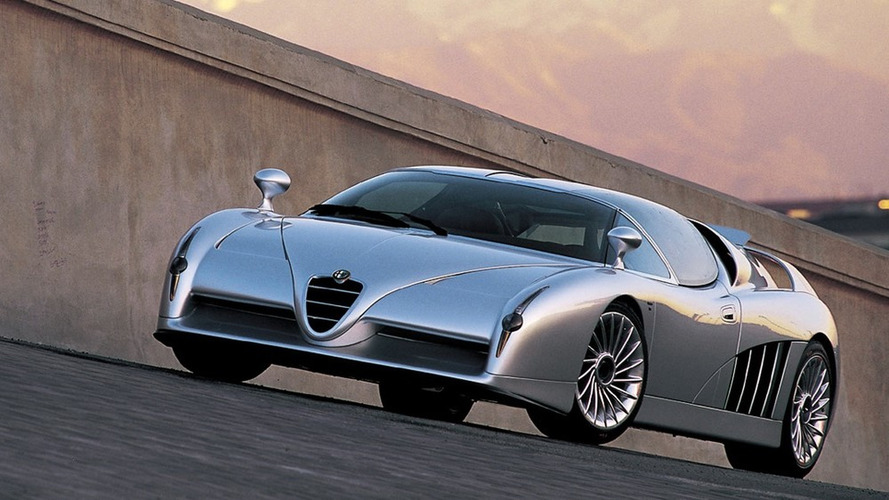 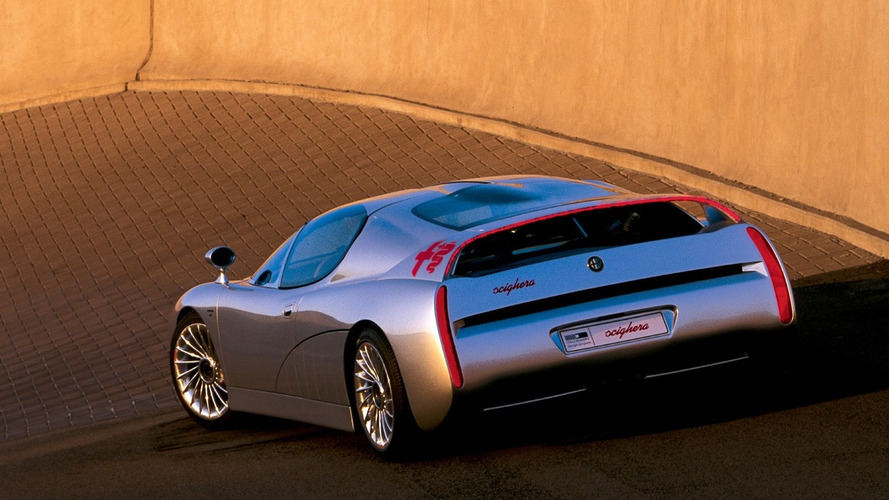 The rear end was also a sight to behold for a number of reasons. There were three exhaust tips in the center of the bumper, while the two vertical strips of taillights were accompanied by a full-width curved third brake light built into the prominent wing. The bulging rear fenders and hood were actually made out of a single piece featuring a two-stage opening mechanism: the first position was used by the driver during refueling as it unblocked the fuel cap, while the second one provided access to the mid-mounted engine.

Speaking of which, the Alfa Romeo Scighera received a biturbo 3.0-liter V6 with 400 horsepower (298 kilowatts) on tap channeled to an all-wheel-drive system derived from the 155 compact sedan. It was enough Alfa power to enable the concept hit a respectable top speed of 186 mph (300 kph).

Aside from being engineered as a road-legal supercar, the Scighera was also envisioned in a track-only GT flavor with strictly a coupe body boasting a massive rear wing.