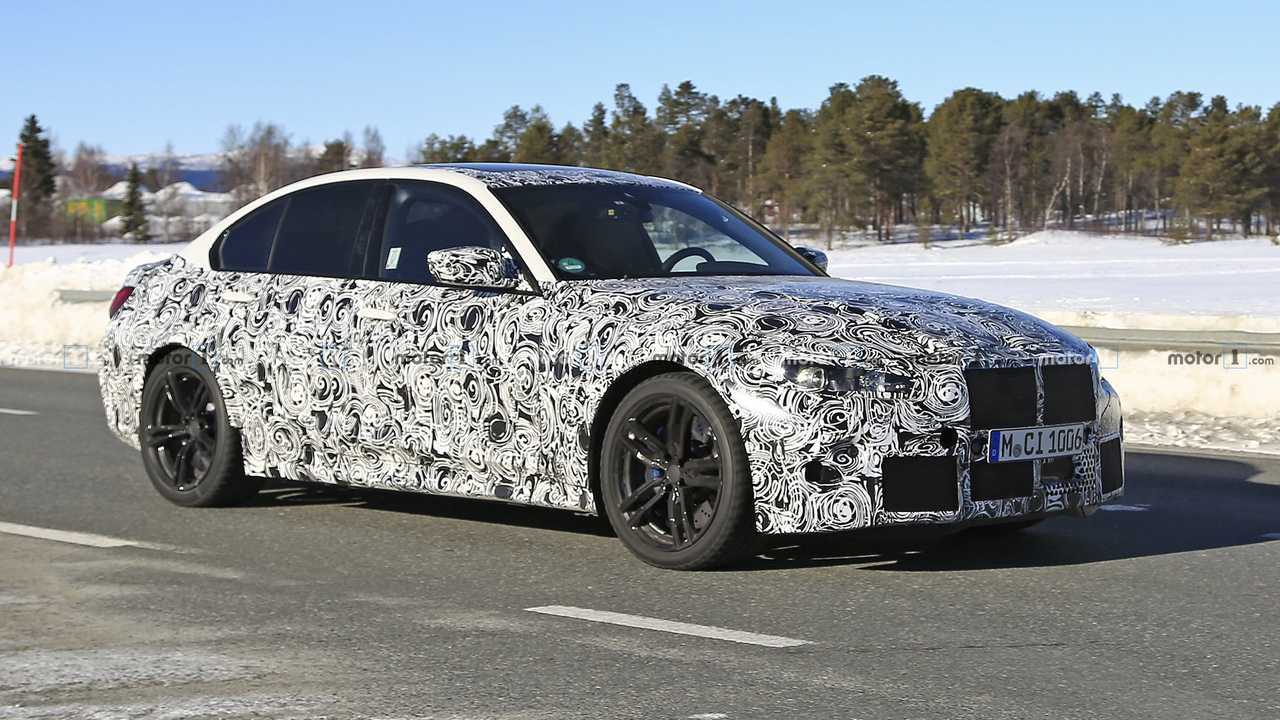 The sports sedan will have over 500 horsepower in its highest state of tune.

It’s only March and BMW M has already introduced two shiny new products in the form of the X3 M and X4 M. Another – and arguably more exciting – fully fledged M model is earmarked for a 2019 release and here we can see it still clad in camouflage. We’re obviously talking about the next installment of the M3 sports sedan, which will lose the entire disguise just in time for the Frankfurt Motor Show in September.

The prototype caught on camera by our spies appears to have the production body and the final taillights, but up front, the headlights appear to be provisional. With so much camo on the front grille and the front bumper, chances are BMW took extra measures to conceal the design of the continuously growing pair of kidneys and the beefy air intakes.

If you know where to look, there are plenty of clues denoting this isn’t an ordinary 3 Series. From the bulging arches and large wheels to the chunky brakes and the quad exhaust, it’s without a shadow of a doubt the full-fat M model. It also sits closer to the road and has blue calipers, although you get those on the M340i / M340i xDrive as well.

As you are probably aware by now, BMW has already disclosed more than a few juicy details about the new M3. We know for a fact it will utilize the very same new straight-six 3.0-liter turbocharged engine as the aforementioned X3 M and X4 M. In the base version, it will be good for a 473 horsepower and 442 pound-feet (600 Newton-meters) whereas in the M3 Competition it will push out a meaty 503 hp and the same 442 lb-ft (600 Nm).

Borrowed from the larger M5 will be the xDrive setup (with RWD mode) and the active damper system, while the braking system sourced from the two new M SUVs will be upgradable to a carbon ceramic setup at an additional cost. An eight-speed, dual-clutch automatic transmission will be tasked to send the engine’s power to the road.

With the world premiere locked in for IAA in Frankfurt for mid-September, we might get to see the new M3 online at the beginning of that month or perhaps even sooner.