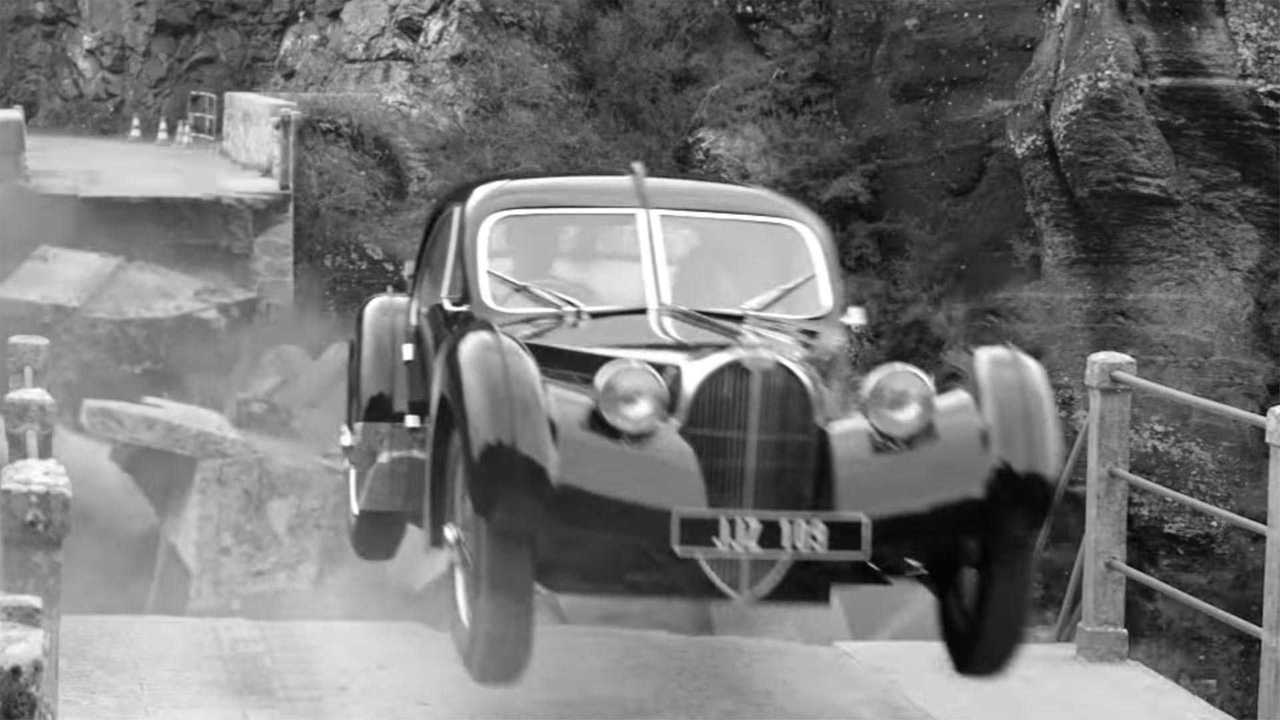 Bugatti is giving the Type 57 SC Atlantic a lot of attention all of sudden. Could it be a subtle teaser campaign?

Update 2: The situation becomes even more mysterious with Bugatti's latest video. The clip's description could be a hint that the company is recreating the lost Atlantic.

As a further suggestion of what might be going on, we remembered a single spy shot from August 2018 that seemed to show a four-door Bugatti under a tarp. Maybe this is what the automaker is unveiling in Geneva.

Former Volkswagen Group boss Ferdinand Piëch allegedly paid Bugatti $18 million to produce a one-off vehicle for him, but there has been very little concrete info about what this machine looks like. A series of slickly produced videos on Bugatti's Facebook page now suggest the model could have some connection to the famous Bugatti Type 57 SC Atlantic.

The first clip (above) is the most action-packed of the bunch by showing a Type 57 SC Atlantic speeding across a crumbling bridge.

A day later, Bugatti posted another brief clip, and this one focused on the history of the Type 57 SC Atlantic with chassis number 57473.

The company's most recent video put the spotlight on the Type 57 SC Atlantic with chassis number 57591.

It seems odd for Bugatti to give the Atlantic so much attention seemingly out of the blue. Tallying the chassis numbers in these videos could be a subtle way of teasing that a new one is on the way.

Check out what Bugatti is working on:

If Piëch really paid Bugatti $18 million to build a new Atlantic, then he actually got the car at a bargain. With only three in existence of the original four, a Type 57 SC Atlantic can sell for around $30 million at auction.

We still don't know for certain whether the rumors are true about Piëch ordering the unique machine and it being on display at the Geneva Motor Show. Even if the model doesn't show up in Switzerland, the automaker intends to bring the Chiron 110 ans Bugatti edition to the event. It combines the Sport specification and Sky View Roof, in addition to wearing a matte Steel Blue paint body.