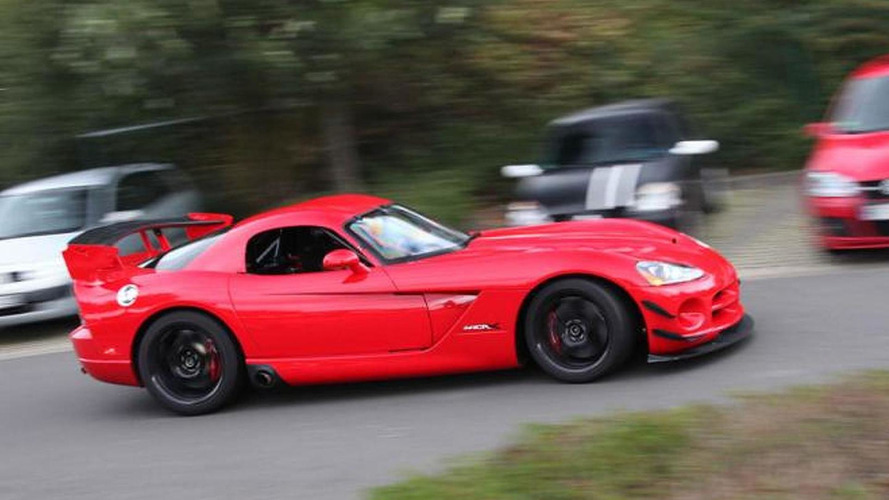 The SRT Viper ACR-X has been flexing its muscles around Nurbugring and they have been good enough to release a video of the run. It shows the race car achieve a lap tome of 7:03.058 around the Green Hell and also gives a little extra information including real-time stats for the downforce and g-force.

The time is only a little quicker than the Viper ACR production version that completed the same lap in 7:12.13 back in September last year. On that occasion, the Viper ACR retook the production car lap record around Nurburgring from the Corvette ZR1.

The Viper ACR-X is powered by an 8.4-liter V10 engine that produces 640 horsepower (40 hp more than the standard model) and has a number of performance tweaks. These include a specially-tuned sports suspension, improved aerodynamics and a complete safety package (with a roll cage, fuel cell and race seat).