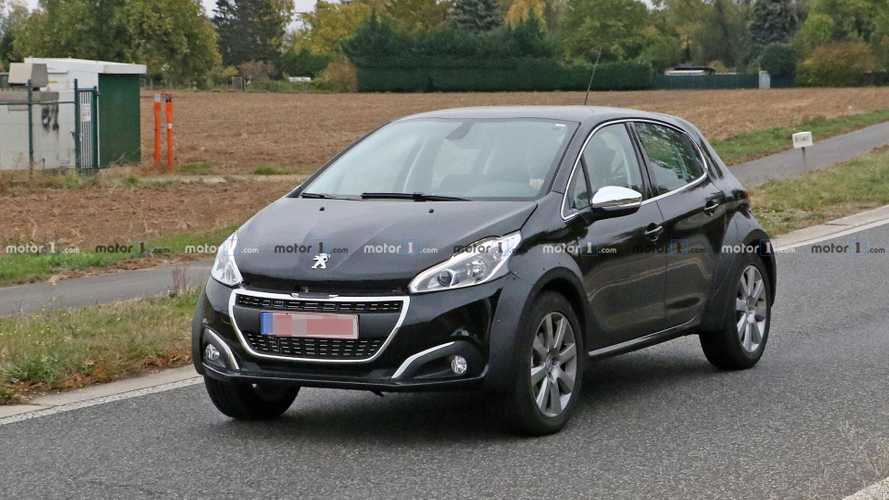 Peugeot would probably sell the baby crossover as the 1008.

We last saw Peugeot testing its ultra-tiny crossover test mule in August 2017, and a new batch of spy shots of the diminutive SUV has finally arrived. The overall look hasn't changed much in that time, but the French team has refined some of the elements since the original shots.

We believe Peugeot would call the tiny crossover the 1008, and this test mule still makes extensive use of body panels from a 208. The higher ride height and bolt-on fender flares identify the tiny crossover as something different, though.

The front end of this new test mule (above left) hasn't changed much from the previous one. The hood pins are gone now, and the body in general just appears cleaner and more finished than the earlier test mule.

The changes are a little more prominent at the rear. The tow hitch is gone, and there's a revised rear fascia with a single cutout for the exhaust.

Looking in profile, the rear wheels don't appear to fit in the arches correctly, and this could indicate the 1008 would have a slightly longer wheelbase.

See what's next from Peugeot:

The 1008 would sit at the very bottom of Peugeot's crossover range, below existing models like the 2008 and 3008. The little vehicle would use various tunes of a three-cylinder engine. Front-wheel drive might be the only choice, but buyers would be able to pick between a standard manual or optional automatic.

It's not yet clear when the 1008 would debut but still using a 208 body to cover the underpinnings suggests the crossover isn't ready yet. We might get a better look at the finished design next year but can't know yet whether the vehicle would go on sale.