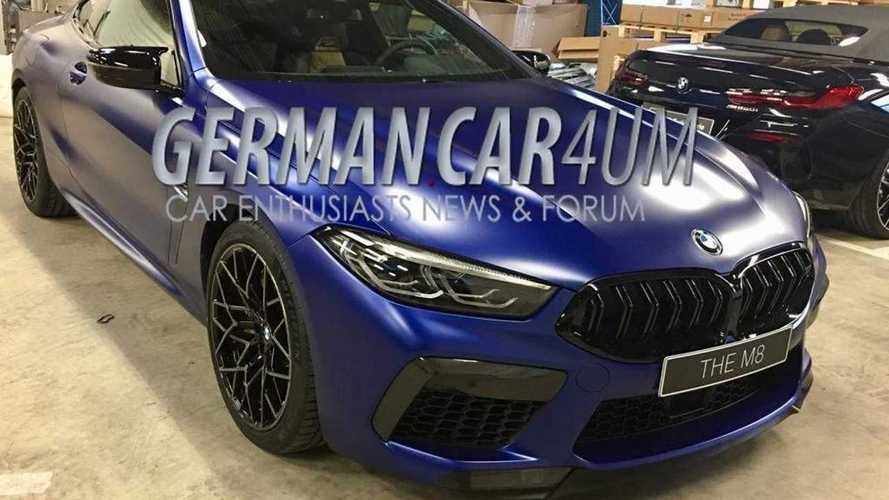 The only members of the revived 8 Series lineup we’ve seen so far are the 840d available in Europe and the M850i sold globally in coupe and cabriolet guises. BMW is set to introduce the M8 in the months to come, but we no longer have to wait for the official wraps to come off since fully revealing images of the high-performance coupe have emerged onto the web.

A longtime member of the GermanCarForum just published a comprehensive set of photos (let’s call them spy shots) with not just a “regular” M8, but the even hotter Competition version inside what looks to be a part garage part warehouse where the car was sitting next to an 8 Series Convertible and a new-generation 3 Series. While it doesn’t look significantly more aggressive than an M850i Coupe, the devil is in the details.

Aside from the obvious M-specific quad exhaust, the M8 Competition makes a more generous use of carbon fiber we can see not only on the roof, but also on the side mirror caps and at the back for the trunk lid spoiler. There’s more carbon fiber inside the cabin on the center console to let everyone know it’s not a run of the mill 8 Series Coupe. Exclusive alloy wheels, black design body accents, body-hugging seats with an intricate pattern, and the Competition badge at the back further accentuate we’re dealing with the top-of-the-line 8er.

It is believed BMW has plans to sell the Competition version from day one, which means anxious buyers won’t have to wait more after the standard M8’s debut as the two flavors will be available at the same time. Expect the M8 dynamic duo to arrive in March 2019 at the Geneva Motor Show with an upgraded twin-turbo 4.4.-liter V8 producing around 630 hp in the regular version and close to 650 hp in the M8 Competition if the rumor mill is accurate.