McLaren Speedtail Can Be Driven In U.S., But There's A Catch 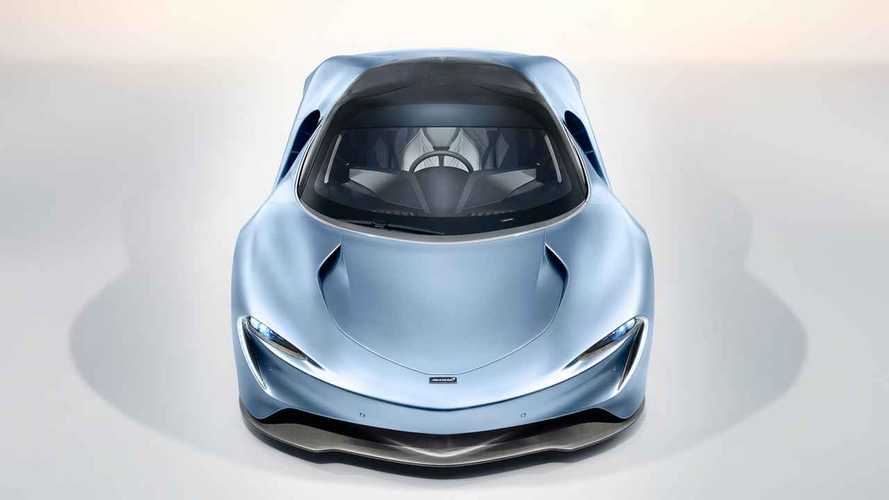 Remember when the McLaren F1 blitzed the supercar world back in the 1990s? It quickly became a dream car for fresh-out-of-high-school American entrepreneurs riding the dotcom revolution with millions of dollars to burn and no long-term investment plans. Of course, they still couldn’t buy the 240-mph beast because it wasn’t road legal for U.S. shores.

Now, McLaren has another three-seater hypercar that’s finally faster, but even if those dotcommers had saved their cash from the crazy early days of the internet, they still couldn’t buy the new Speedtail. Or rather, they couldn’t drive it around their neighborhood, because like the F1 before it, the Speedtail isn’t street-legal in the United States. There is a fix, however – more on that in a bit.

Get to know the Speedtail:

Watch The McLaren Speedtail In Motion

According to Motor Authority, McLaren wasn’t keen to plug in the necessary bits required by U.S. regulations to make the hypercar compliant for road use. The hang-ups center around the Speedtail’s center driving position, which makes mandated airbag requirements tough to meet. The car also lacks side mirrors, choosing instead to have side and rear view cameras that let the driver see around the Speedtail on displays inside the car. It seems like that would actually be better than traditional mirrors, but in the eyes of U.S. regulators, no mirrors mean you don’t drive on the road, period.

That is, unless you file for a special show or display status. That’s the aforementioned workaround that could see the Speedtail attend Cars and Coffee events around the country. Enacted in 1999, this special set of rules allows otherwise non-compliant cars to see up to 2,500 miles of driving a year. Since we doubt most Speedtails won’t see that much ever, the mileage limit shouldn’t be a problem.

McLaren told Motor Authority that roughly a third of Speedtail sales went to U.S. buyers, so the show and display clause will definitely be exercised. It only takes one of those buyers to jump through the red tape, so after some paperwork and probably a few sleepless nights, these owners will finally get to enjoy the new McLaren in its natural environment.