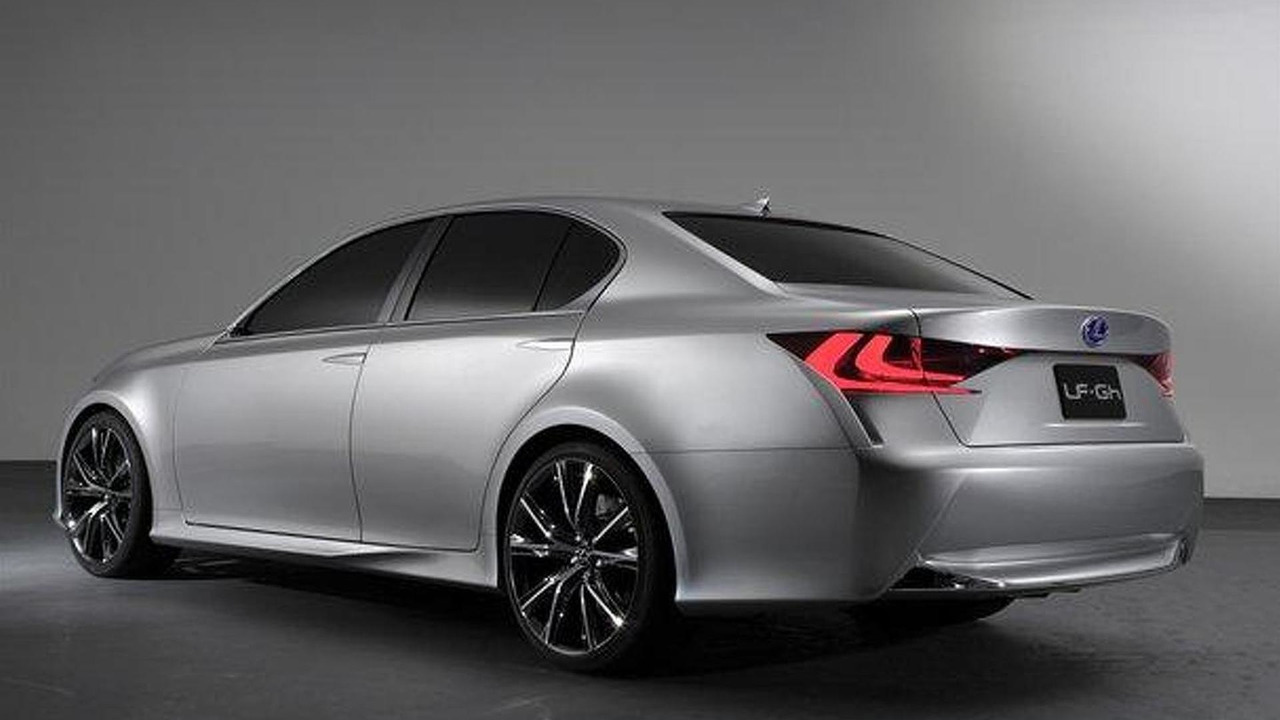 We have new details and images of the upcoming Lexus LF-Gh hybrid concept. The story inside.

Several new images of the Lexus LF-Gh concept car made their way through the internets today following a release by the automaker.  The car, teased earlier this month by, is set to debut at the New York Auto Show next week.

A precursor to the 2012 GS, the Lexus Future Grand touring Hybrid (LF-Gh) is reportedly 4890mm in length by 1870mm wide, making it 40mm x 50mm larger than the GS.  The concept is also said to be 1450mm in height, meaning it is another 20mm taller than the car it is replacing.

As we previously reported, the LF-Gh will feature LED headlights, unique tail lighting and a large grille.  It is also expected to get a new set of side sills and a rear diffuser.

The rear-wheel drive four-seater will debut on April 19 in New York.  You can find out more about the car in the press release below.