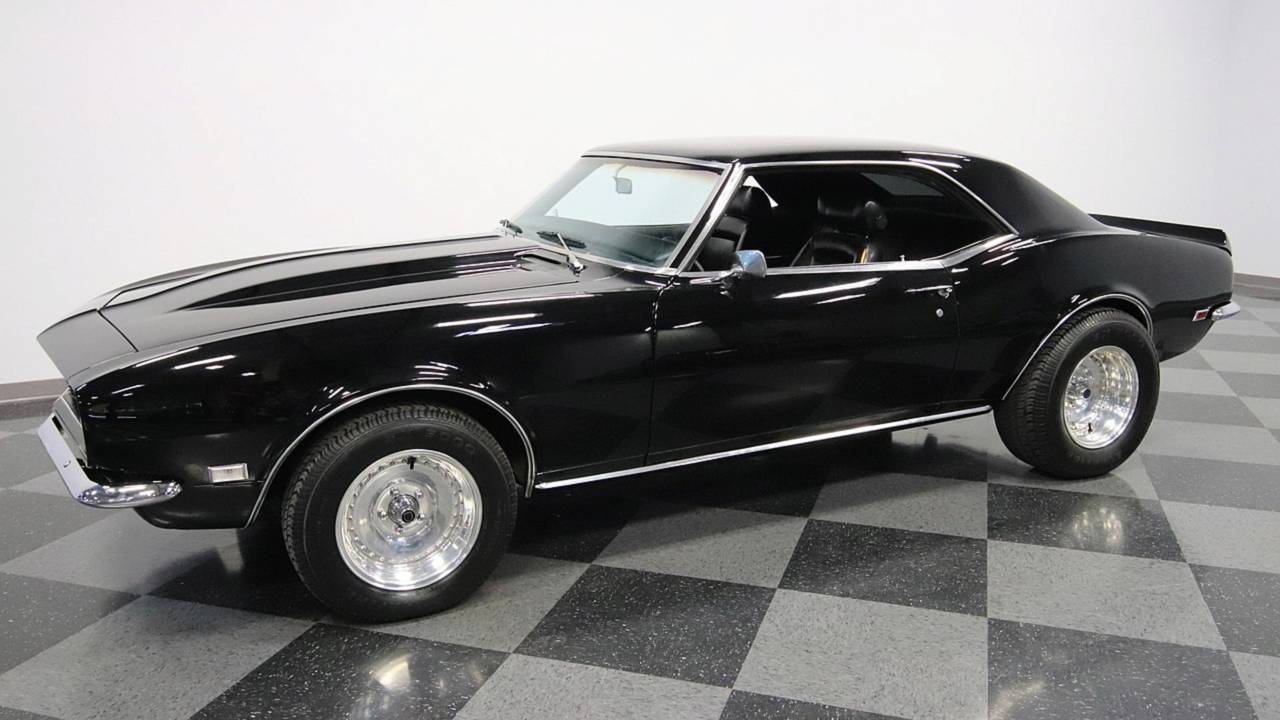 Does this infamous muscle car have enough appeal to garner $61,995?

In 1993, Texas State Police and American federal agents raided the compound of cult leader David Koresh in Waco, Texas. More than 76 "Branch Davidians" – that is, followers of Koresh – died during the incident, including more than 20 children and the cult leader himself. The event is a tragic period in American history.

But often left out of the history books is Koresh's 1968 Chevrolet Camaro. Dinged and dented by armored vehicles during the raid and later seized by federal agents, the car was "very close to [Koresh's] heart," according to FBI Special Agent Bob Ricks. "He often talks about his black Camaro… apparently, it has a 427 cubic-inch engine, and Holley carbs,” noted Ricks in an interview with the Fort Worth Star-Telegram in 1993.

Now it's for sale. But the seller isn't exactly leaning into its cult ties, for obvious reasons.

Streetside Classics of Phoenix, Arizona lists the car on its website for $61,995. The listing doesn't mention ties to Koresh anywhere in its description, but after some digging, we found the vehicle's VIN – 124378L302009 – matches the VIN of Koresh's Camaro from 1993 reports, and a 2004 auction listing.

Following the raid on Waco, the car sat at the home of a Waco-area salvage operator for a number of years before a light restoration and a listing at auction in 2004. And we do mean lightly – it still bore the dent marks of the original raid and the worn interior. "This is the car that he drove every day between the compound and downtown Waco," said auctioneer Daniel Kruse in 2004. At the time of the auction, it was still titled in David Koresh's name.

The car sold for just $37,000 in 2004, well below the seller's $80,000 asking price. Its buyer, 64-year-old Donald Feldpausch of San Antonio, Texas picked up the car as "an investment," according to a report. "I’ll bring it out for things like parades, but I’ll keep it in an air-conditioned storage. Someone will come around to buy it."

Now fully restored, 25-years after its time at the compound, the Camaro still has some inklings of Koresh in its DNA. The same 500-horsepower (372-kilowatt) 427-cubic inch V8, built by Koresh, is underhood. As far as we can tell from the photos, it loses the "DAVIDES 427 GO GOD" engraving that was originally on the car.

Watch the Camaro on the track: