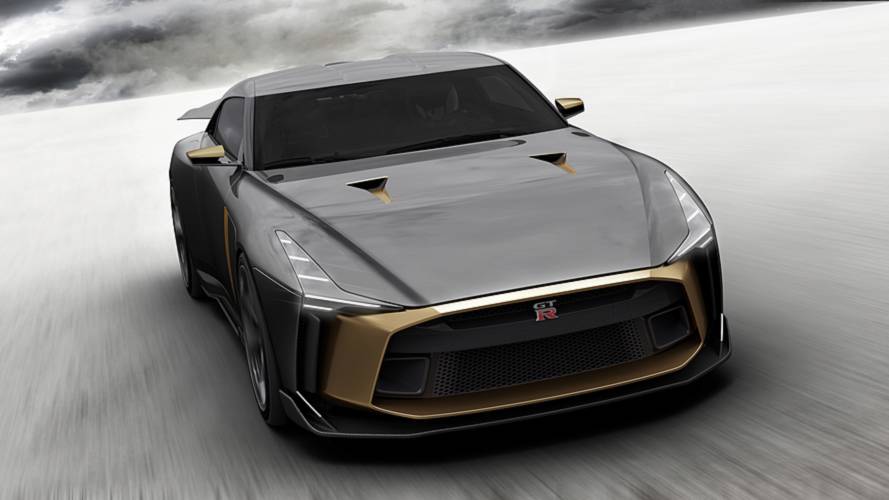 With a decade on the market, the Nissan GT-R is nearing retirement, and info is slowly starting to trickle out about the next-generation model. Like with the current generation, a concept will arrive first to offer a preview of what to expect, but the new iteration of Nissan's range-topping sports coupe won't take cues from the Italdesign's stylish take from the GT-R50 show car (pictured above).

"Cars like GT-R, Z, and Q60, these are icons. These show what you can do. Mech, aero and structurally...The GTR 50 is not the next GTR. It's a celebration about the people behind GT-R. They are really not concept cars, they are collector cars," Alfonso Albaisa, Nissan Senior Vice President for Global Design, told Indian Autos Blog.

The Legacy Of Nissan Performance:

Albaisa has clearly had the next GT-R on his mind because he has been discussing it a lot. For example, he recently promised the new generation would be the “fastest super sports car in the world.” Nissan hasn't yet finished designing the new GT-R yet, but Albaisa said that he has been reviewing sketches for the possibilities. The team won't get serious about the vehicle's shape until the engineers finalize the engine and platform specs.

Because the powertrain isn't complete yet, it's impossible to know what powers the next-gen GT-R. However, long-standing rumors suggest the engineers are giving some form of electrification serious consideration. Lightweight materials would reportedly help offset the extra weight of adding the batteries and motors.

Until the new GT-R arrives, there's the possibility that Nissan and Italdesign might collaborate to put the GT-R50 into limited production. If a few of them hit the road, the Italian-designed, Japanese sports coupes would carry a hefty price of around a million dollars. In addition to the sharper styling, the vehicles feature an upgraded 3.8-liter V6 with 710 horsepower (529 kilowatts) and 575 pound-feet (780 Newton-meters) of torque.