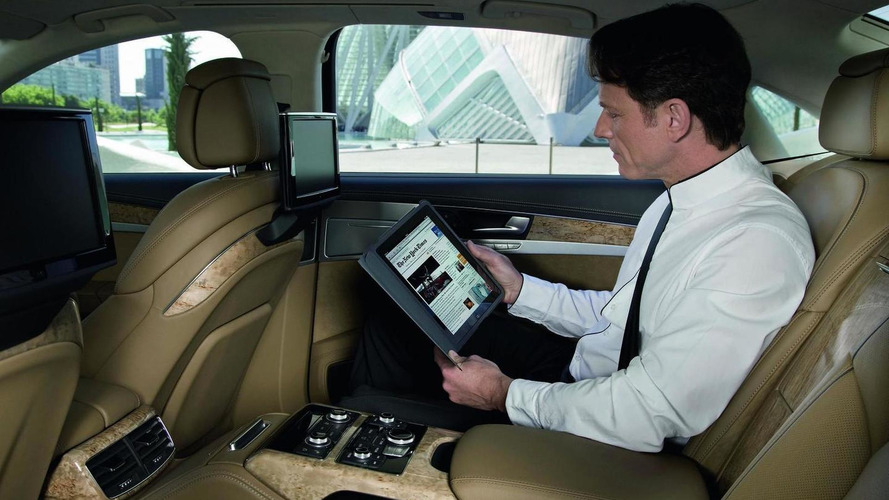 High-speed Internet functionality has been presented in an Audi A8 prototype. In-vehicle broadband Internet access can provide capabilities such as viewing high-definition video streamed live.

Audi has developed a fully-functioning prototype of an A8 model fitted with a new broadband Internet-access technology.

The new in-car Internet function was developed by Audi with partner Alcatel-Lucent and features LTE technology. LTE is a next-generation mobile transmission technology, a successor to the current 3G system, that also includes UMTS mobile standard. LTE features data transfer rates of up to 100 Megabits per second, compared to 14.4 Megabits/second for 3G.

"We will use LTE technology to extend our advantage in automotive networking and further consolidate the Audi connect strategy," said Michael Dick, Audi Board Member for Technical Development, at the presentation of the broadband A8 prototype.

A high-speed mobile Internet functionality can allow for high-definition video to be streamed live into a vehicle. Offering state-of-the-art in-car technology like that can give Audi a competitive advantage.