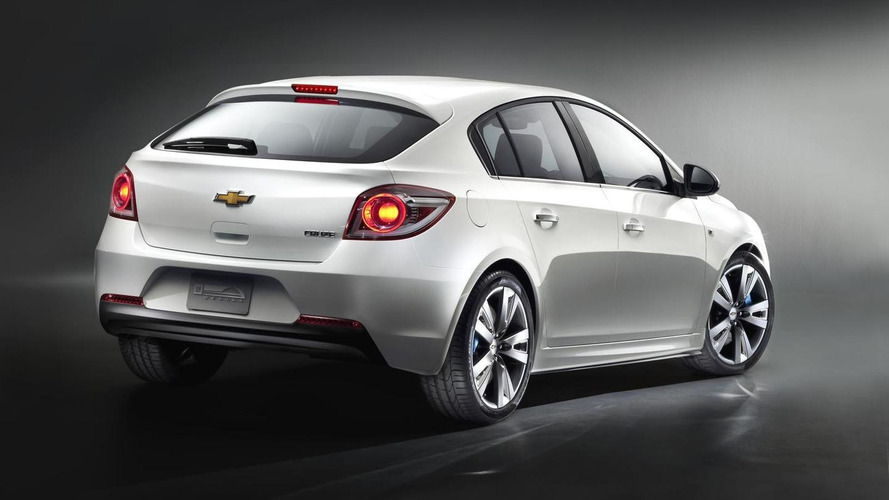 Since hitting the market in 2009 sales have been brisk for the Cruze sedan exceeding sales expectations across the globe.

GM has announced the Chevrolet Cruze hatchback production version will make it's world debut in Geneva next month.

Identical to the Cruze Hatchback concept displayed at the Paris Motor Show last September, the five-door will be available with several new engines.  But for now, Chevrolet is only naming the top spec 2.0-liter diesel engine with 163 hp (122 kW / 165 PS) also found in the Orlando. Six-speed manual transmission will be standard.

Since hitting the market in 2009 sales have been brisk for the Cruze sedan exceeding sales expectations across the globe. The Cruze hatchback widens the opportunity even further for Chevrolet as it targets the top players for the first time in hatchback happy Europe.

In the UK Chevrolet is keen to mention its British Touring Car Championship drivers and constructor titles with Fifth Gear television show presenter Jason Plato at the helm. It is Chevrolet's first season ever in the sport.

“Motor sport is part of Chevrolet’s DNA,” added Mr Terry. “What we learn on the track is passed down to our road cars, and this latest incarnation of Cruze proves that.”

The Cruze Hatchback will go on sale in Europe summer of 2011, with prices and exact specifications to be confirmed nearer the time.