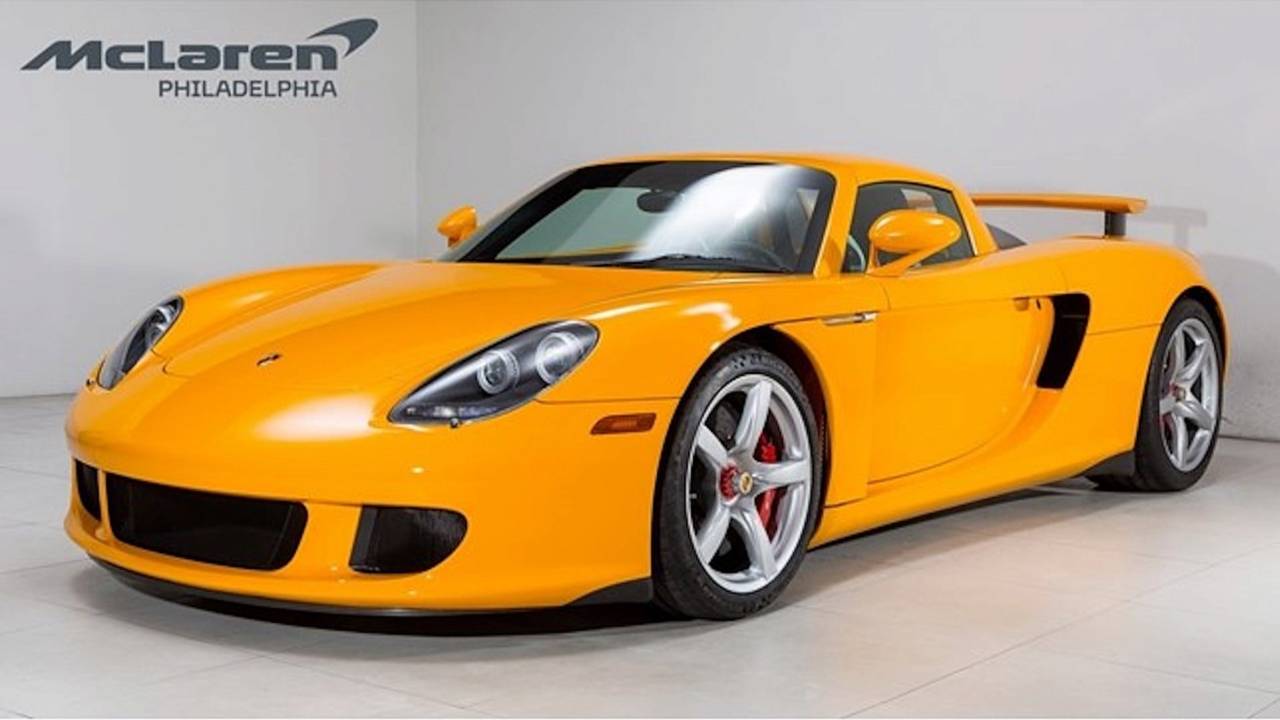 Its chassis number plaque reads 911. We're not sure what to feel about it.

When talking about Porsche, it’s hard not to mention the Carrera GT. It was made only as a concept back in 2000, as a supposedly followup to the victorious 911 GT1 that won the dreaded 24 Hours of Le Mans in 1998. For that, a 5.7-liter V10 engine was made for the prototype but sadly, Porsche had to scrap the project to give way for the Cayenne SUV.

Good thing, Porsche made the concept for the 2000 Paris Motor Show, which drew an insurmountable amount of demand from its customers. The result? Porsche makes a production model of the car and called it the Carrera GT. More than 1,270 Carrera GTs had been sold, with a total of 671 units sold in North America.

One of the 671 units that landed the continent is on sale. Now, this unique Carrera GT isn’t the first out of the 1,270 units ever made, nor is it the last off of the production line. In fact, it’s chassis number plaque reads 0911. While it sounds funny to have a Carrera GT to have a 911 badge on it, the number is undeniably special to the brand, so that’s fine. Purists might want to look away, though.

What makes this Carrera GT unique is its Signal Yellow paint color, which makes it the only example ever produced in this color. You can also see how well this car has been taken care of, with its almost brand new condition, more so in its interior. It’s almost flawless, so to speak, almost as if the car has never been used. Oh by the way, the car’s odometer reading is at 7,114 miles.

What do you think? Is this car worth its price?