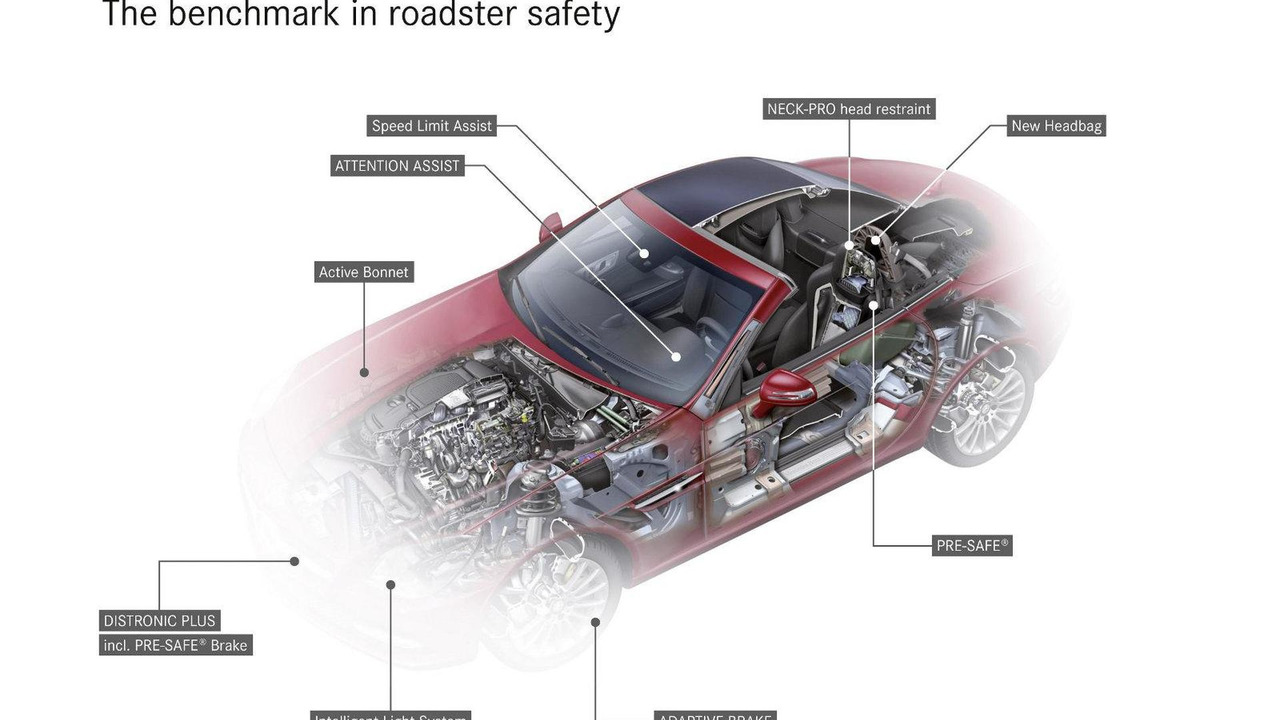 Safety systems on the upcoming SLK include an adaptive brake system that makes for improved resonse times and better control in wet conditions.

Mercedes-Benz is teasing the new SLK, which is slated for launch in January 2011, with info on its safety technology.

The safety tech goodies start with Attention Assist and Adaptive Brake being offered as standard on the next SLK roadster. Attention Assist provides the driver with warnings to avoid collisions with features such as a drowsiness detector. Adaptive Brake is a system that holds the car in an incline or at a stop light without the driver having to keep their foot on the brake pedal. The system also brings the brake pads in contact with the disks as soon as the foot comes off the accelerator for a quicker response and helps keep control during wet conditions too.

Optional will be the Distronic Plus proximity control system, which can adjust the distance to the vehicle ahead to a safer level and the Pre-Safe Brake system which detects the possibility of a crash with sensors and applies the brakes on its own.

There's also a Speed Limit Assist that detects speed limits and provides the data to the driver.

Mercedes-Benz is always about technology offerings in its new models. For full details see the press release.

We await more details on the SLK itself.

Photos posted are from earlier teaser and spy photo articles.