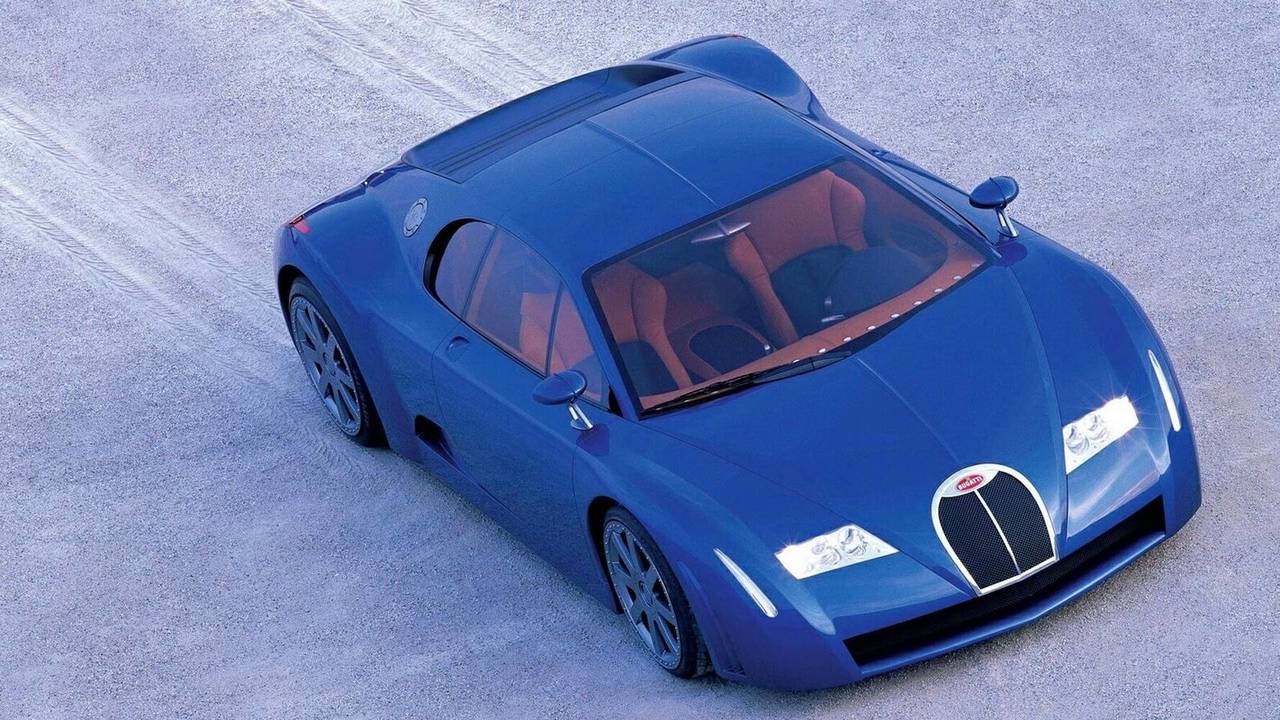 The fully working W18-powered concept borrowed the chassis and four-wheel-drive system from the Lamborghini Diablo VT.

Because it was an early preview of what was to become the Veyron and you can easily see some styling cues that were adopted by Bugatti’s former hypercar launched several years after the concept.

Having covered the EB 118 and EB 218 in a previous episode of our Concept We Forgot series, it would only be fair to talk about one of the other concepts Bugatti unveiled at the end of the 1990s. While the two showcars before it (and the 1993 EB 112) all took the shape of grand tourers, the 18/3 was a proper hypercar and to some extent the precursor of the Veyron.

Designed by Fabrizio Giugiaro and Hartmut Warkuss, the carbon fiber-bodied machine took inspiration from past Bugattis in terms of design while looking into the future. Retro cues included the eight-spoke alloy wheels measuring 20 inches that were styled as a tribute to classic models such as the T35 and the T51.

See other Bugatti concepts from the series:

A Bugatti on the surface, the concept was basically a Lamborghini underneath its swoopy coupe body painted in Racing Blue. It used the same chassis as the Diablo VT from where it also inherited the four-wheel-drive system. Like the aforementioned EB 118 and EB 218 concepts, it used a massive W18 engine with 555 horsepower and 390 pound-feet (630 Newton-meters) of torque. The engine alone had a dry weight of 315 kilograms (695 pounds) and was left mostly exposed like Volkswagen had done with its W12 concept two years earlier and Bentley with the Hunaudières in 1999.

Following the Frankfurt Motor Show where the concept made its debut, Bugatti unveiled in October 1999 at the Tokyo Motor Show the EB 18/4 Veyron. In 2000, a slightly modified concept of the Veyron was exhibited at various car shows before the launch of the production-ready Veyron in 2004. Fast forward to 2016, the Veyron was replaced by the Chiron, which just like the 18/3 Chiron, it was named as a tribute to Bugatti racing driver Louis Chiron. The numeric part of the concept's name was a reference to the number of cylinders and how these were arranged, in three banks of six cylinders.