Aside from being the very first Bugatti designed by Giugiaro, the concept also shared some of the styling cues with the EB 110 production model.

Bugatti has had its fair share of beautiful cars, but one would argue the EB 110 doesn’t exactly rank high on the list. This, on the other hand, was much more refined when it comes to the exterior styling. Introduced a year before the EB 110’s launch, the two-seater ID 90 had many things in common with the road-going car and was based on technical drawings published by Bugatti back in March 1989. 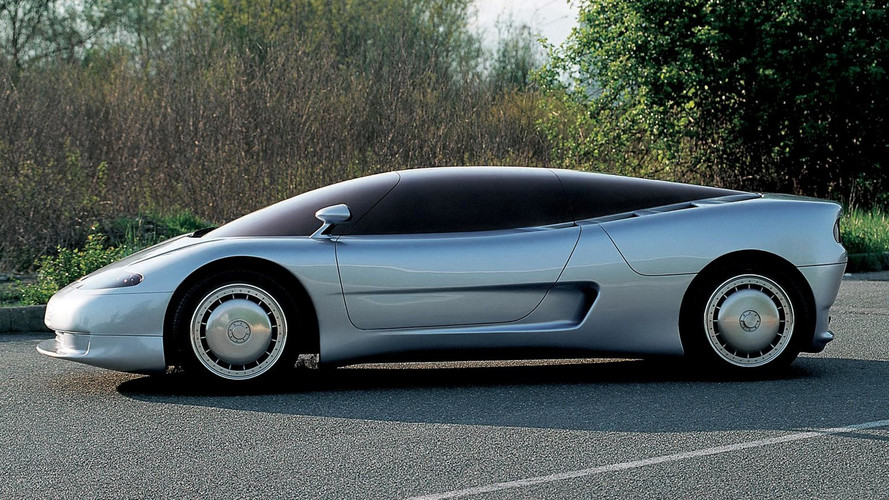 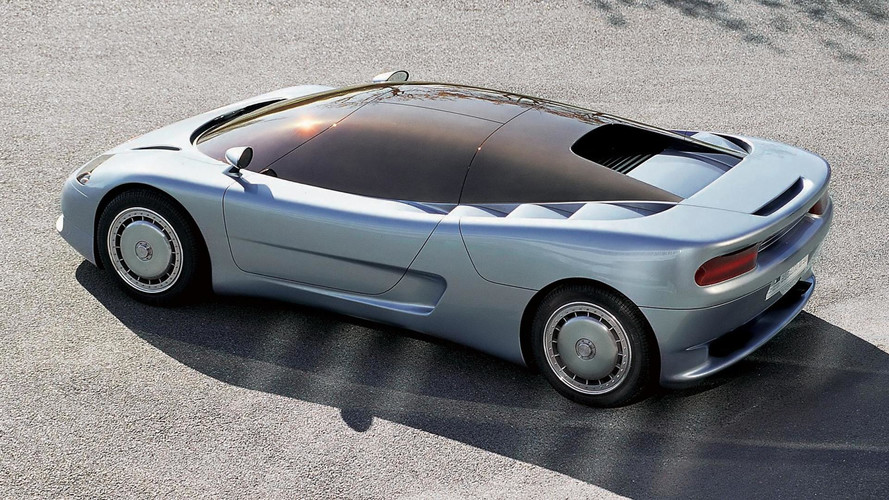 It received a set of retro-flavored wheels as a nod to the 1926 Royale and was envisioned with a massive glass dome with an open rear section where air vents were installed to cool down the V12 engine. A similar arrangement was also implemented in the 1984 Lotus Etna, also pinned by Italdesign.

Who knows, maybe the EB 110 would have had a better chance in life with this design.

Whenever you think of a four-door modern Bugatti sedan, the Galibier 16C usually springs to mind, but this was actually its ancestor.

Much like with the ID 90, Giugaro was influenced by Bugatti’s illustrious past when designing the EB 112. Retro touches from 1920s and 1930s models like the Atlantic and 57G Tank can be seen all over its body. The styling might not be to everyone’s liking now, but let’s keep in mind this came out almost a quarter of a century ago.

As for the luxurious interior cabin, it had a lovely combination of leather and walnut combined with modern equipment like a videotape system and a dashboard-mounted small monitor on the passenger’s side.

Its EB 110-derived V12 was positioned right before the front axle and that improved steering, with ex-Bugatti president Romano Artioli saying in an interview (see video below) that it drove like a go-kart. He went on to mention the concept’s sloping roofline was a source of inspiration for other automakers that are now selling those “four-door coupes.”

The EB 112 did not live to see the light of production day because Bugatti did not have the necessary funds back then and it would have taken them a lot of time to make the transition from a concept to a road-going model.

It’s all about the specs, really. The EB 118 will go down in history as the first passenger car in the world to be blessed with a W18 engine.

The first concept car to come from Bugatti Automobiles S.A.S. under the Volkswagen Group’s umbrella stole the show 19 years ago in the City of Lights with its gargantuan engine. The W18 engine had three rows of six-cylinder banks joined in a “W” shape underneath the front hood, which was bulged up from the wings and featured a central rib to make room for the engine.

The coupe was styled by the same talented folks at Italdesign Giugiaro and was envisioned with an interior featuring an art deco theme and very few buttons and knobs.

As close to production as possible considering it was an evolution of the EB 118 and at the same time a four-door version of the EB 118 from a year before. The aforementioned Galibier 16C revealed in 2009 refreshed the idea of a Bugatti sedan, but suffered from the same faith: it was never produced. 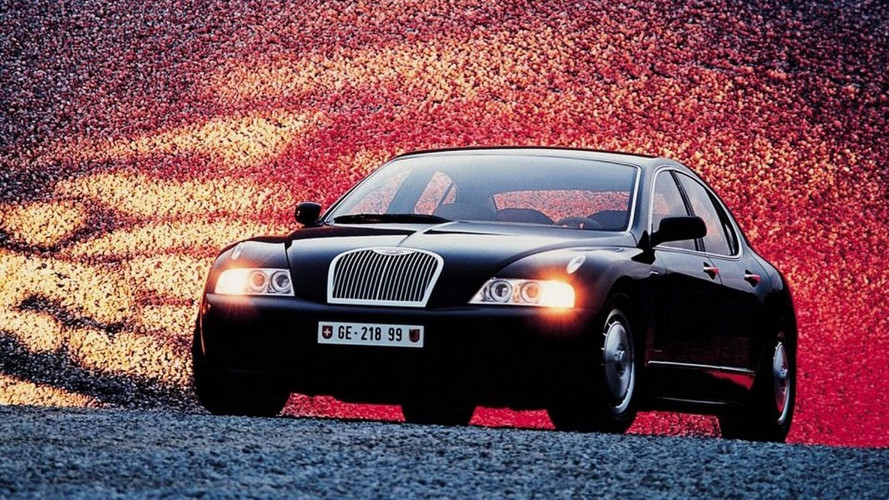 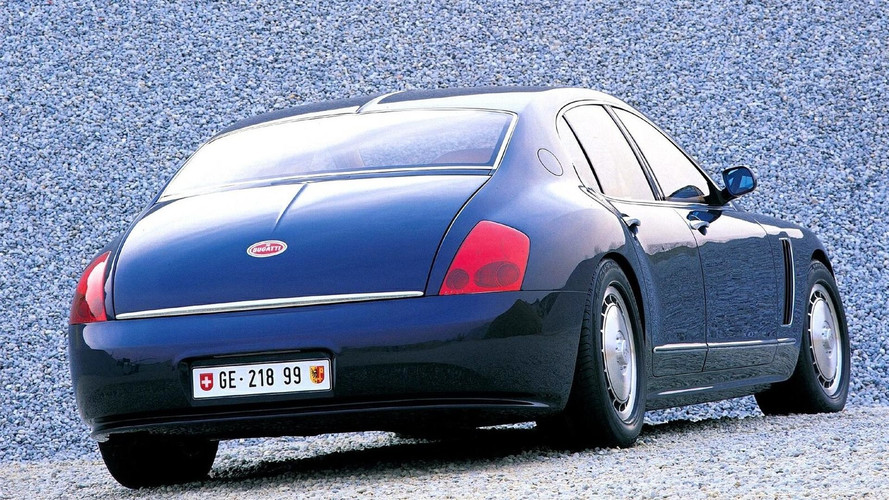 Stretching at an imposing 5.37 meters (211 inches) and 2 meters (78.7 inches) wide, the EB 218 was bigger than the EB 118 and that translated into a more spacious interior. The all-wheel-drive system was taken from the Lamborghini Diablo VT to make sure the immense power would get to the road as efficient as possible.

The idea of a four-door Bugatti is still mesmerizing after all of these years and hopefully one day the Chiron will share the showroom floor with a more practical companion.