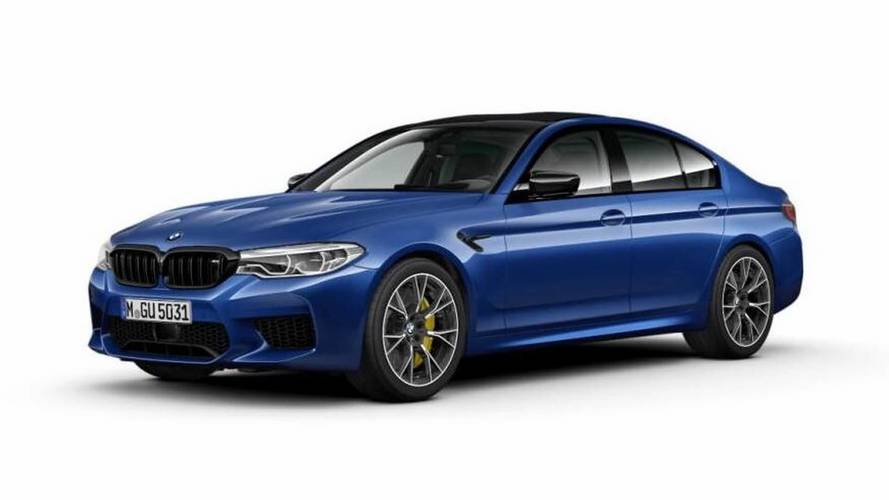 It's going to pack an extra 25 horsepower and 37 pound-feet of torque over the standard M5.

If you’ve managed to resist the temptation of placing an order for a shiny new BMW M5 in order to patiently wait for the Competition Package, you’re in for a treat. After a couple of minor leaks in recent months, someone with the super sedan on order has decided spill the beans about what the extra kit will bring over the “regular” model. Without further ado, here’s what you need to know.

Thanks to the newly gained muscle, the BMW M5 with the optional Competition Package will slash a tenth of a second from the sprint to 62 mph (100 kph), so it will complete the task in just 3.3 seconds or 0.1s quicker than its AMG rival. There’s no word about the top speed just yet, but it will surely be at least the 189 mph (305 kph) achievable by the regular M5 fitted with the M Driver’s Package. As a refresher, the E63 S will max out at 186 mph (300 kph) with the AMG Driver’s Package.

Aside from gaining more power, the M5 with the Competition Package will feature a sports exhaust system, but bear in mind it won’t be the lightweight full titanium exhaust. The engineers are also going to tweak the suspension by making it a bit stiffer and by dropping the ride height. Bespoke alloy wheels are also part of the deal, as are black accents for the badges, front and side grills, and the lower section of the rear bumper around the diffuser. Competition-branded illuminated door sills are included as well, along with an M carbon fiber engine cover, and blacked-out “Competition” lettering at the back underneath the M5 badge in the same vein as the recently launched M2 Competition.

To the surprise of some folks, carbon ceramic brakes are not included in the Competition Package. That being said, it's too early to know for sure whether these details are entirely accurate.

The information was posted by a member of the Bimmerpost forums where another user was kind enough to share the last seven digits of VINs belonging to M5s fitted with the Competition Package. After we ran all of them through the Bimmer.Work website (it's essentially a VIN decoder), we were able to grab these images.

The official reveal is expected to take place on May 8, with production scheduled to kick off in July. Deliveries are slated to begin in December. There’s no word about the price tag, but it’s expected to be in the same ballpark as the money BMW asked for the previous-generation M5’s Competition Package (about $7,300). That would increase the model’s starting price to somewhere in the region of $110,000, thus making it more expensive than the $104,400 E63 S.

We’ll have to wait a little bit more to find out whether all these details will be confirmed by BMW, but it’s looking good so far.