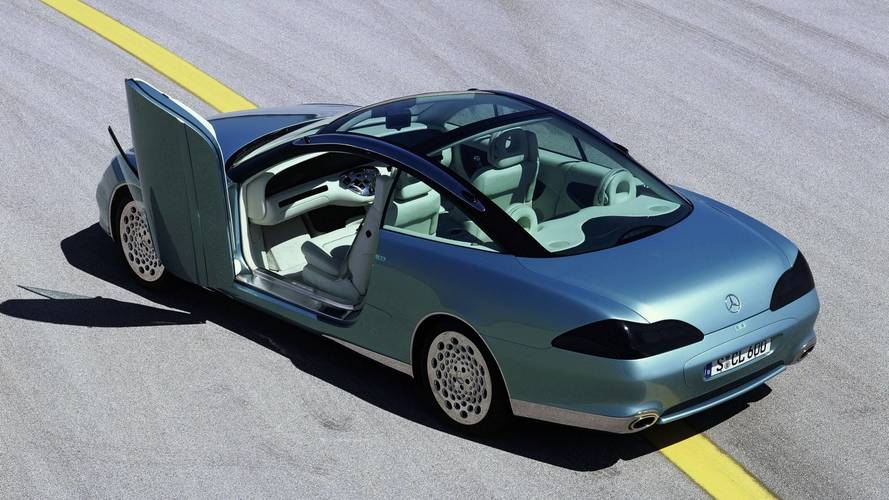 The tech-laden V12 coupe controlled from a joystick.

Some features that today we take for granted were a big thing 22 years ago when the F200 Imagination was revealed. Also, joysticks!

Mercedes kicked off a series of research vehicles that featured an “F” in their names back in 1991 with the F100 we talked about at the beginning of the year. Five years later, the F200 Imagination arrived as a tech geek’s wet dream by being loaded with a plethora of gadgets. Where should we start?

The engineers fitted the concept with bi-xenon headlights boasting six individual modules in each cluster to optimize illumination by turning on and off each bulb depending on the car’s speed and what was up ahead. The taillights were also quite interesting as these used an arched neon tube (you can see them in action in one of the videos below).

Perhaps the most important relevant feature was the window airbag, a first in the car industry. Since we’re on the subject of airbags, the driver’s airbag was installed underneath the dashboard in a kneepad because the car lacked a conventional steering wheel.

You have probably noticed already that the Imagination lacked conventional side mirrors. Instead, Mercedes installed four cameras in the corners of the roof, on the pillars. There was a fifth camera incorporated into the rear bumper, with all the images captured being shown on the screens inside the cabin, including on a display mounted up high where you’d normally find the regular mirror.

Perhaps the most interesting feature were the joysticks, which were referred to as Sidesticks by the three-pointed star company. There were two: one on the door panel and the other in the center console. Both served the same purpose - to control the car by pushing the joystick forward to accelerate, back to brake, and left or right to turn. Thanks to this unique configuration, engineering both left- and right-hand drive cars was no longer necessary.

The F200 was a window into the future of Mercedes technologies as it had an active suspension system (Active Body Control) and voice recognition (Linguatronic), which together with the aforementioned window airbags and bi-xenon headlights, went on to be implemented in production models. Even those cool doors that might make you think of a Koenigsegg were later on adapted for the SLR. The electro-transparent panoramic roof found its way in a road-going car as well – the Maybach 62.

While the Imagination was primarily a tech fest, its design served as a preview for the S-Class (W220) and the CL-Class (C215).