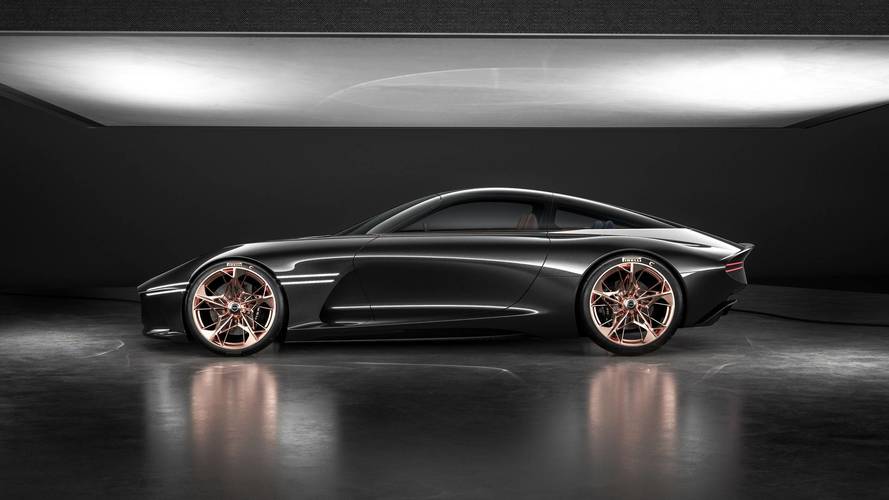 Luc Donckerwolke plans an end to the “Matryoshka doll” style.

Notice how many automakers’ cars all look basically similar, no matter their size or rank in the model lineup? Luc Donckerwolke, head of Hyundai Design Center, says that won’t be the case going forward for Hyundai. Speaking with Motoring, he said he wants bolder, more differentiated visual looks for new Hyundai vehicles.

“We need to give each model its own personality,” he told Motoring. “It’s a bit too early to talk about it but at the end of this year or the beginning of next year there will be some cars that will show how we will not have a need for similar style.”

He notes that in Hyundai’s home market of South Korea, where Hyundai and Kia are dominant, seeing so many similar cars on the road is visually unappealing: “If the cars have the same design, I mean you are creating a really boring landscape. I don’t want to do that.”

Donckerwolke, who was previously Design Director at Bentley, said that on the other hand, Genesis models might have more restrained design language – a deliberate move for a new, lower-volume luxury brand.

“Genesis will not be loud ­– we are self-confident, we are a design-driven brand and we believe in good taste and harmony,” he told Motoring. “We are young and we don’t want to jail ourselves.”

Make the designs too brash too soon, he said, and the brand might alienate potential customers: "I find that making a really provocative statement is a bit counterproductive because ... you are creating attention, but at the same time you are aging faster."

As to the stunning Genesis Essentia concept that was shown at the New York Auto Show (and is pictured here), Donckerwolke said he thinks it could serve as a strong styling statement for the brand.

“Every brand [needs] an icon. And I think that would serve that purpose,” he said.

Hyundai and Genesis aren’t the only automakers speaking about having broader differentiation between the design of their models. In January, we heard that BMW also was considering that plan, with styling boss Adrian van Hooydonk telling Automotive News, “You'll find the cars will become stronger in character and separated more from one another.”