Have A Look Inside The 2019 Toyota Supra 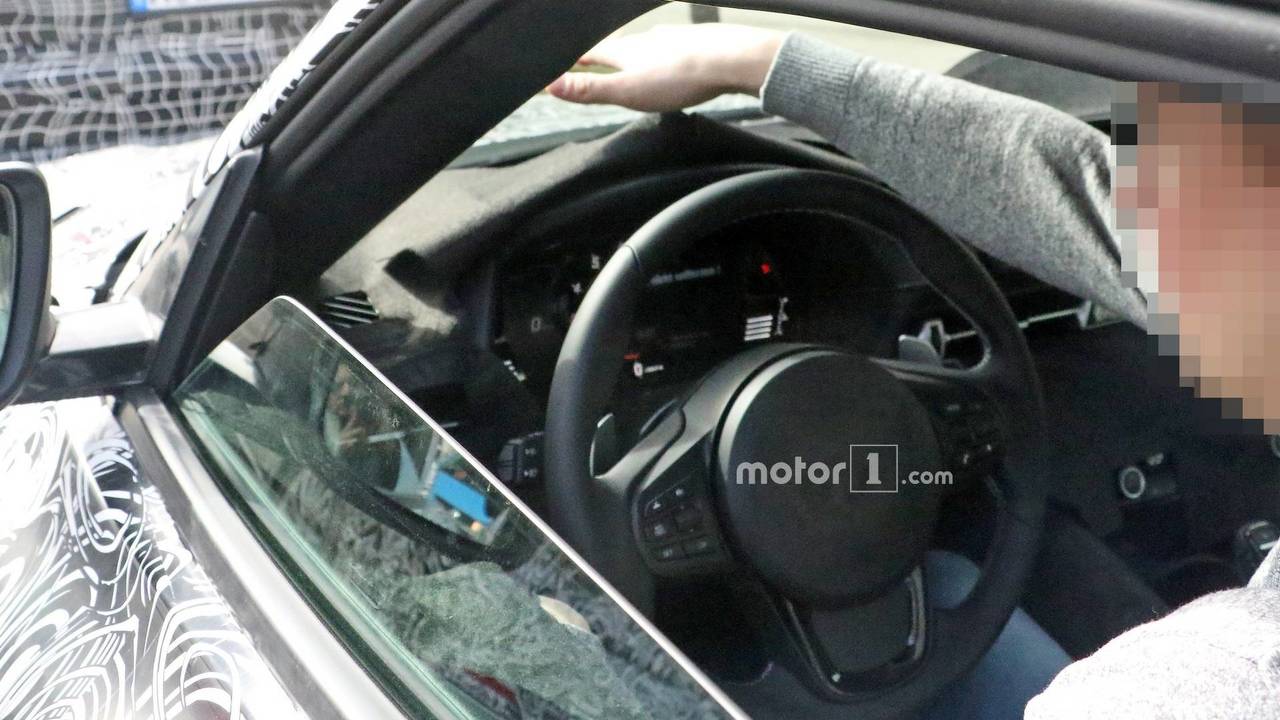 Gone are the old BMW Z4-sourced parts as this prototype has Toyota's own components.

As we are inching closer to the much-awaited world premiere of the reborn Toyota Supra, spy shots are getting more and more revealing with each batch. The latest images showing a near-production prototype tackling the Nürburgring allow us to take a peek inside the cabin of the two-seater coupe with its own bits and pieces. Previous test vehicles caught by our spies had most of the interior components borrowed from the old BMW Z4.

We get the rare opportunity to see the digital driver’s display and the design of the leather-wrapped steering wheel, which isn’t necessarily very exciting to be brutally honest. Behind it are the silver shift paddles for the automatic transmission set to be the sole offering as Toyota recently said the 2019 Supra does not need a manual gearbox and that’s why it probably won’t get one.

The infotainment screen appears to be sitting high on the center console, above the air vents and the physical controls for the climate settings. To some extent, the look of the dashboard resembles the layout seen last year in the Z4 concept, which could be a sign the two cars will share a good chunk of the interior parts as well. This nifty photo comparison below illustrates the similarities, especially when it comes down to the appearance of the center console:

Although the Z4 and Supra will share the platform, both BMW and Toyota have promised the cars will be very different from one another. From what we know so far about the Supra, aside from the aforementioned lack of a manual, it will feature a 50:50 weight distribution and a pure two-seat layout. The long-rumored hybrid powertrain might not make the cut, but a beefier version with Gazoo Racing branding could arrive further down the line as hinted by the racy concept car shown last month in Geneva.

Toyota is expected to unveil the new Supra sometime this fall, following the BMW Z4’s debut in the summer. Both cars will likely share the assembly line at Magna Steyr’s factory in Graz, Austria.

It’s worth mentioning the Supra could very well be one of the most popular cars shot by spy photographers taking into account the first batch of photos dates back to September 7, 2016 and a quick search in the database shows plenty of other sets have emerged since then.