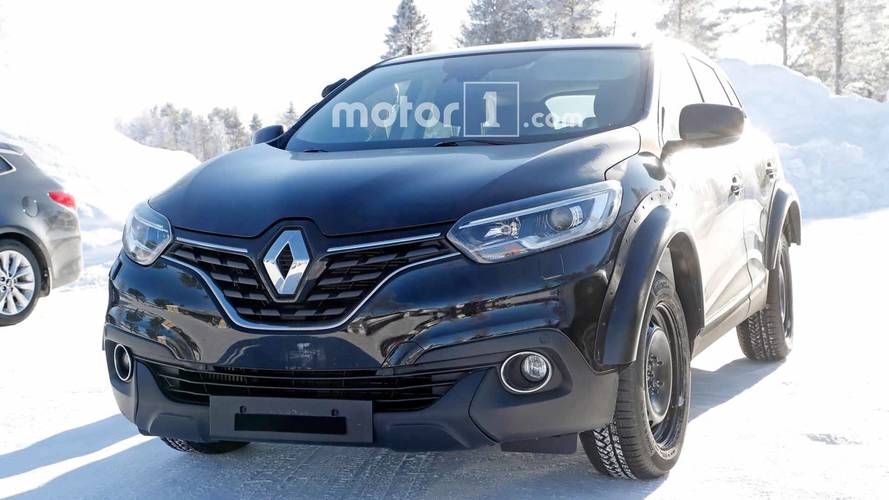 Renault uses a Kadjar as the starting point but fits it with wider fenders.

New spy shots suggest that Renault has a high-tech SUV on the way, but it appears still to be in very early stages of development. The test mule in these photos uses a Kadjar as the starting point, but the engineers graft on a wider track. Underneath, the pictures show that the vehicle has four-wheel steering, too. The company also re-routes the exhaust to exit ahead of the driver's side rear wheel, according to our spies. The ride height looks quite a bit taller, too.

Whatever Renault is evaluating here seems to be a far more hardcore Kadjar that anything that's available today. One possibility is that this could be the rumored Kadjar RS. It would reportedly feature a stiffer suspension, bigger brakes, limited-slip differential, and a turbocharged 1.8-liter four-cylinder with around 266 bhp (198 kW).

As further evidence, Renaultsport boss Patrice Ratti admitted last year that an RS-branded SUV was at least a possibility, but he didn't say one was on the way. According to the performance division's leader, the company would put a focus on making sure the sporty crossover has the handling and suspension to live up to the firm's RS badge.

Conceivably, Renault could have an new model under development here, but the chances seem less likely. The company already has quite a large model range available in Europe, and there probably isn't the space for a dedicated rugged SUV like this one in the lineup. A Kadjar variant seems more plausible at this point.

Since the model under evaluation here is a mystery, there's no way to know when it could launch. A new version of the Kadjar could be ready relatively quickly. However, a completely separate model would require significantly more time, especially given the barebones appearance in these photos.