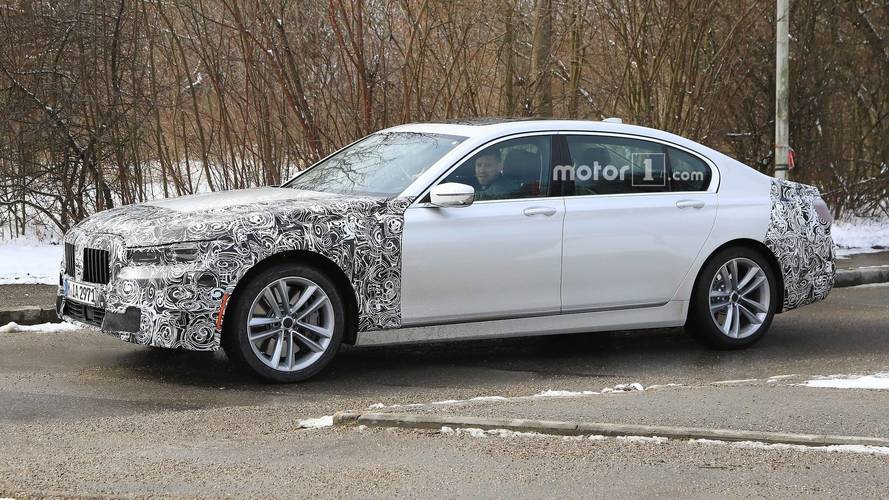 The refreshed BMW 7 Series has been spied once again, and the new photos have fully revealed the model's updated cabin. It now includes a fully digital display, rather than the existing layout with physical needles and a screen behind them. The switch would make sure that BMW's top sedan keeps up with competitors like the Mercedes S-Class. The rest of the cabin configuration doesn't appear to change much.

On the outside, the refreshed 7 Series appears to have a larger grille with much more prominent surrounds. The updates seem to match what's under the camouflage on X7 test mules, which suggests the brand's top models would share similar visual elements to give them a family resemblance. In addition, the lower fascia on this test mule appears to have revised inlets. They now appear to be taller than the more rectangular openings on the existing 7 Series (gallery below). The projectors in the headlights now seem to have a boxier appearance, too.

At the back, this 7 series test mule appears to have updated LED taillights, and the updated design really accentuates the model's width. The exhaust outlets appear to have sharper edges, too.

Rumors suggest that BMW might drop the M760i's V12 from the European lineup, but this test mule still retains the V12 badge on the center console. Perhaps the earlier report wasn't accurate, or the company managed to make tweaks for making the powerplant more emissions friendly. The rest of the powertrains will allgedly receive upgrades for boosting their outputs.

The refreshed 7 Series will reportedly begin production in March 2019, suggesting a sales starting for the 2020 model year – at least in the United States.