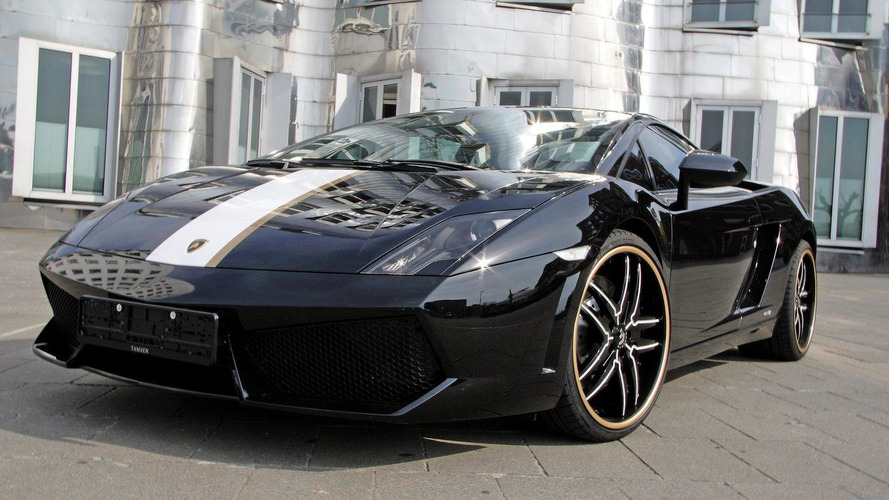 Get the full story on this new special edition Raging Bull, now available from Anderson Germany

Düsseldorf-based tuning firm Anderson Germany has released a new tuning package for the Raging Bull of Bologna.  The Lamborghini Gallardo Balboni Edition gets a horsepower boost of over seven percent.

More emphasis was placed on the car's looks.  The black show car looks to have been thoroughly polished, with a white and gold stripe that is reflected in the wheels and the interior.  The car's cabin features black and white leather elements, with gold stitching, and a quilted pattern in the seat and door inserts.  Lacquered three-piece rims measure 8.5x20" in the front, and 11.5x20 inches in the rear, and are wrapped in high performance tires.  Tail lamps and window panes also received tinting.  A remote controlled, three-step valve control was also fitted to the exhaust to adjust its note.

Pricing for the Lamborghini Gallardo Balboni Edition was not revealed.  Customers wishing to get the package can let Anderson Germany arrange pickup and delivery of their Gallardo.