Lamborghini Forsennato Hypercar Is Edgy, Even By Italian Standards 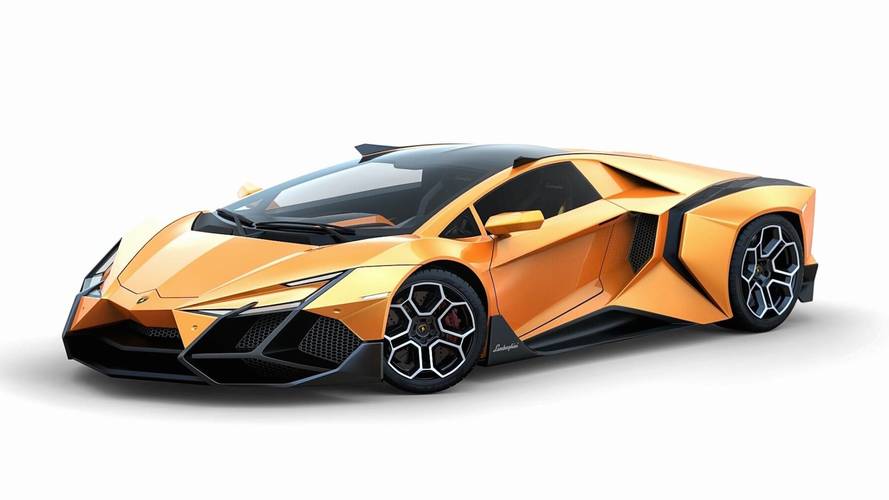 Lamborghin’s future design direction is shaping up to be even more dramatic than ever. Concept cars like the Terzo Millennio, and limited production vehicles like the Centenario are outrageous, even by Lamborghini standards, and have pushed the limits of what's possible in terms of design. In an effort to continue the ongoing dramatic theme, one designer has created a hypercar concept that would look well at home in the Lamborghini lineup.

Russian-based rendering artist Dmitry Lazarev has digitally sculpted what he calls the Forsennato concept. The angular supercar, which took more than a year to create, draws inspiration from the entirety of the Lamborghini brand, past and present, everything from the Miura to the Veneno. The exterior, though handsome, includes enough dramatic cues to make the Aventador blush.

Up front is an aggressive fascia, highlighted by slim LED headlights and a pair of carbon fiber splitters. The angular nose, classic to Lamborghini design, dips into the barely noticeable central grille, and is accented by two more pronounced grilles on either side. The rest of the body lines are equally dramatic.

The side profile is highlighted by a carbon fiber side splitter that juts out behind the front wheel, and two vents on either side that send air into the engine bay. The carbon fiber roof gains fin-like treatments to match the side skirts, and the roofline gives way to an aggressive rear and massively flared fenders over the back tires.

The engine bay is defined by its quartet of sculpted vents, and a central red spine that runs the length of the boot. Equally striking LED taillights can be seen, accented by a large central cooling vent, and two vents flanking each corner. A single trapezoidal exhaust tip finishes off the overall look.

Lazarev imagines that the hypercar, if built, would adopt some sort of hybrid powertrain, similar to the likes of the McLaren P1 and Ferrari LaFerrari before it. That type of performance would not only allow it to compete directly with its fellow 1,000-horsepower (745-kilowatt) hypercars in terms of performance, but also price as well.

Unfortunately for fans of the dramatic design, the Forsennato will remain just a concept. Lazarev hopes that one day he’ll be lucky enough to work with Lamborghini in creating a supercar that is equally as dramatic.