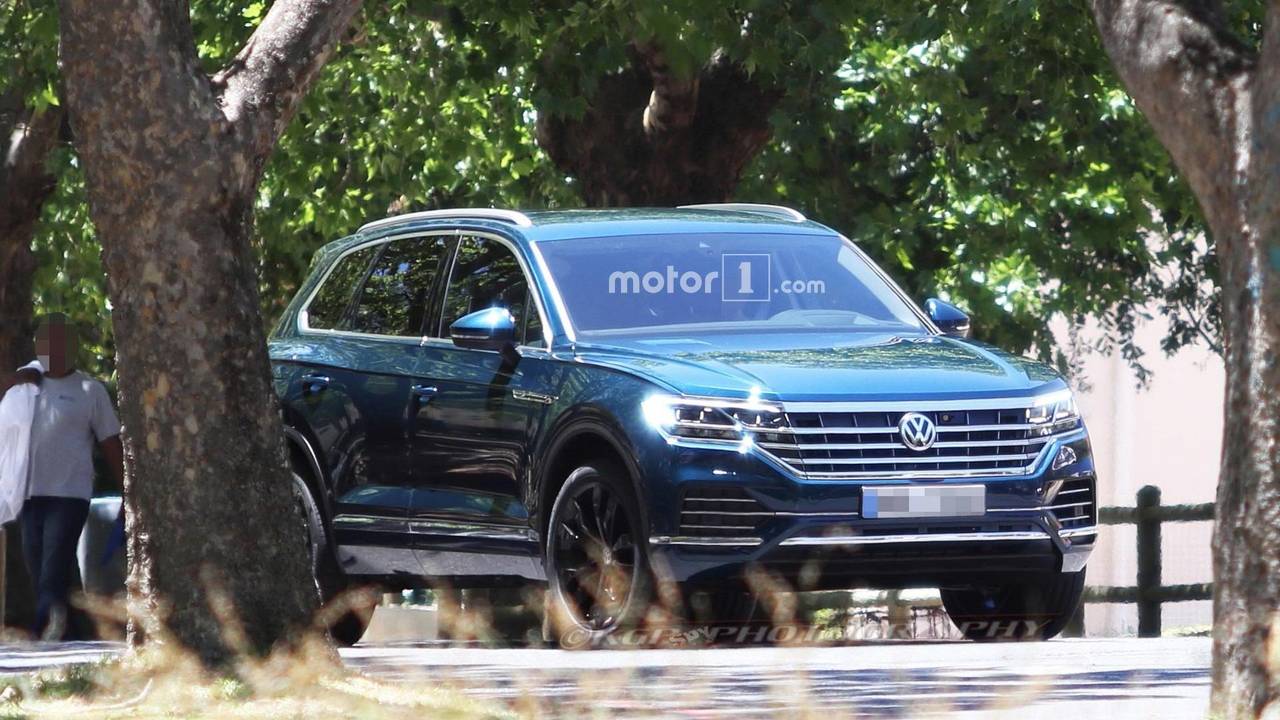 The German SUV appears to get a sharp makeover.

Volkswagen’s new Touareg has been a long time coming. With a rumored debut date of early 2018, and promises of being more upscale and more advanced than the outgoing model, the German marque isn’t skimping out on its new SUV. While early prototype spy photos have given us an idea as to how it might look, cameras recently captured the new SUV in full while out on a commercial shoot.

Upon first glance, the new Touareg is more modern, and much sleeker looking than the model that it replaces. The front fascia adopts a sculpted front grille, integrated headlights, and plenty of chrome detailing. Many of the same design elements found on both the T-Prime concept as well as the new Arteon sedan carry over.

Out back the Touareg is equally updated. Sleeker taillights and a more sculpted rear continue the upscale theme, while two chrome exhaust tips can also be seen… though it’s unclear whether they are actually functional or just for show. Two trim levels are pictured; the blue model gives off a more sporty feel, while the beige vehicle appears to be an upper-level more luxurious model.

The new VW Touareg will share its bones with the Audi Q7, riding on VW’s MLB Evo platform. It’s unclear what kind of engine the new SUV will wield, but our best guess remains a base 2.0-liter four-cylinder, with a high-powered R model expected later down the line. The latter could put to use Audi’s 2.5-liter five-cylinder turbo.

The new Touareg is already being built at VW’s Bratislava, Slovakia facility, with production kicking off in November. The SUV is expected to make its debut in the sheet metal early next year, rumors suggesting it could show up first at Auto China in Beijing in April.