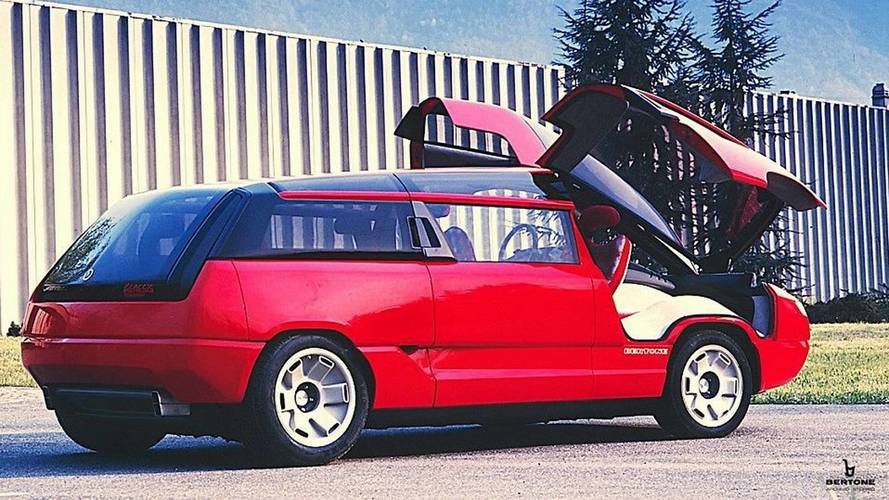 The Countach-powered minivan with gullwing doors you never knew existed.

Combining the heart of a Lamborghini with an avant-garde design and gullwing doors, the Genesis was far from being an ordinary minivan.

Renault proved that minivans can be exciting with the Espace F1 concept unveiled in 1994, but only a few people will probably remember that wasn’t actually the first attempt to make an otherwise bland genre of cars more alluring. Famous Italian design house Bertone envisioned the Genesis concept for the 62nd Turin International Motor Show with a V12 engine borrowed from the Lamborghini Countach Quattrovalvole, complete with a mighty 455 horsepower.

The 5,167cc engine fitted with six Weber carburetors drove the rear wheels through a three-speed automatic gearbox rather than the five-speed manual transmission of the Countach 5000 QV. Remember that in 1988, Lamborghini was owned by Chrysler, hence why the gearbox was of the TorqueFlite type. With the gear ratios being very long, the Genesis wasn’t exactly quick. The fact that it weighed roughly 1,800 kg also didn’t help.

Check out other Lamborghini concepts from the series:

There was more to the concept than its Lamborghini engine as Bertone invested no less than 30,000 man hours into the project in order to come up with a futuristic design. The minivan had a pair of gullwing front doors and sliding rear doors granting access into a roomy five-seat cabin thanks to a generous wheelbase of 2650 mm – exactly like the Espada’s. Being 2000-mm wide, the Genesis was rather imposing and had a massive greenhouse that made it stand out furthermore.

Being a minivan first and foremost, the concept had to be practical. Genesis gave it a flexible seating arrangement with electrically folding and sliding seats, with the ones in the front rotating 180 degrees to face the passengers sitting in the back. The interior was covered in a combination of red and beige Alcantara and featured adjustable leg rests as well as a TV.

It goes without saying the Bertone Genesis was created to remain strictly a showcar, an interesting one at that.