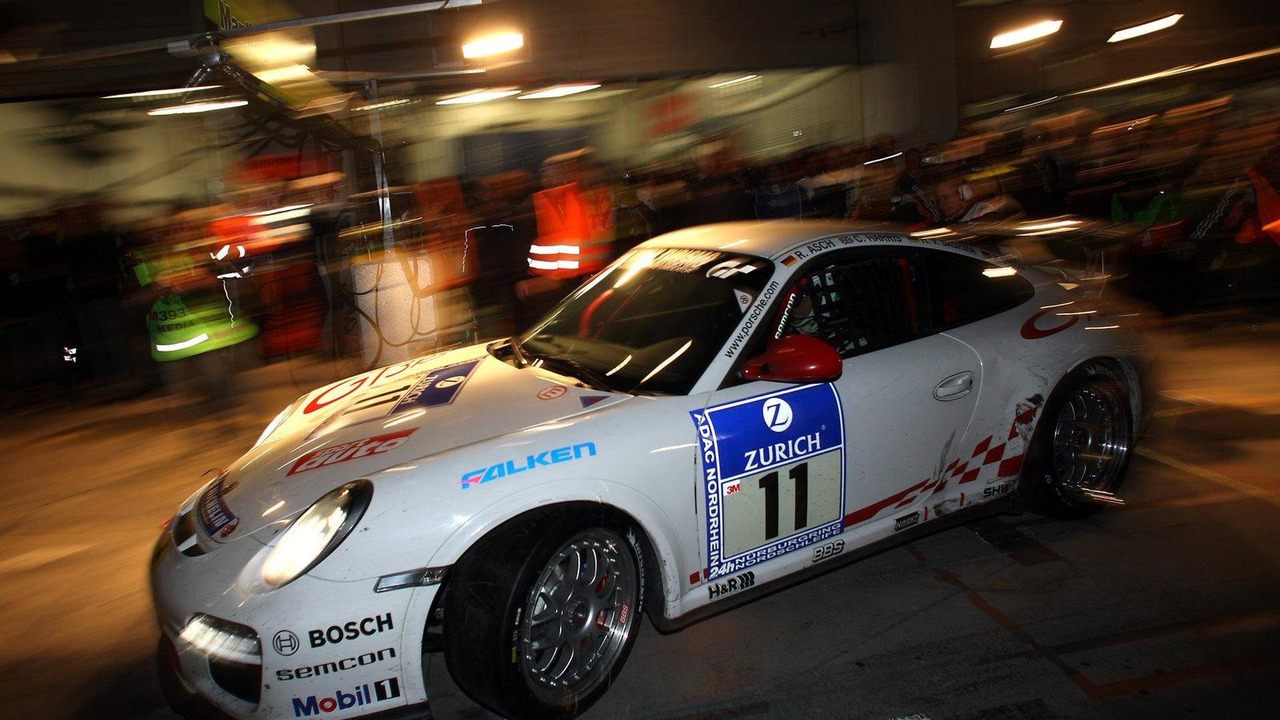 What can a stock Porsche 911 GT3 RS do against some of the world's top street-legal racecars? Well... quite a bit, actually. The story inside.

Amidst the horde of uber-expensive, massively-tuned vehicles appearing at this month's 24 Hours at Nurburgring endurance race, one car caught onlookers off guard: a stock, OEM version of the Porsche 911 GT3 RS.  The car, which was driven to the racetrack from its garage in Weissach, Germany, over 200 km away, managed to finish the race in 13th place overall, nine laps short of the BMW M3 GT2 table-topper.

This finish was despite a last-minute driver change, with Porsche's own Walter Röhrl stepping down from the competition due to medical conditions.  In a partnership between Porsche and German magazine Sport Auto, racing drivers Roland Asch and Patrick Simon were joined by writers Chris Harris and Horst von Saurma behind the wheel of the car.

"As planned, we replaced the front brakes during the race," driver Roland Asch said in a press release from Porsche. "But other than that, the mechanics concentrated on refuelling, tyre changes and cleaning the windows during the pit stops. The car ran like clockwork."

Just ahead of the Porsche was a Nissan Z33 from Falken Motorsports, and behind the Porsche was the G RDM-Cargraphic-Logwin-Racing Porsche GT3 Cup.  Each of these vehicles completed over 145 laps.

The stock GT3 RS qualified 42nd overall, out of about 220 participating vehicles.  Porsche claims the car was in good condition after 27 hours of driving (including the journey to the track), that they then drove it another three hours back to Weissach.  After an inspection, the car's only problems appeared to be cosmetic.  This included a few dents and busted lights thanks to a collision, as well as black rubber all over the front and front-side panels.