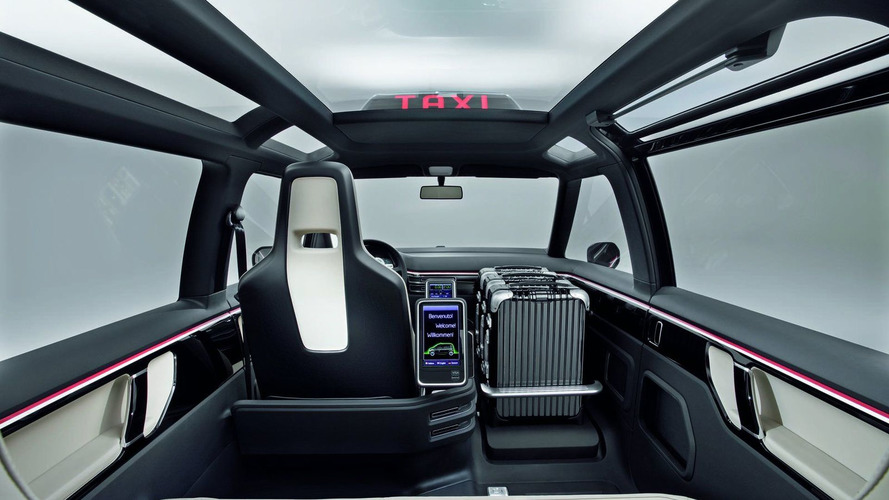 Volkswagen has showcased the all-electric Milano Taxi Concept at the 2010 Hanover Trade Show.

The Volkswagen Milano Taxi Concept car was unveiled to the public at the 2010 Hanover Trade Show. It showcases space optimisation and eco-friendly possibilities, mainly for the public transport sector. These city taxis would be quite popular in places like New York City, Cape Town, Milan, Berlin, Tokyo and Moscow.

Already previewed as the Space Up! Blue Concept from 2007, the green and black-painted Milano pays tribute to the similarly-coloured taxis of Milan and bears some likenesses to the old VW Samba bus. Most striking about the exterior is the single sliding door which opens on the pavement side. It extends partly into the roof and slides forward to the point of reaching the A pillar.

VW says some of its future design DNA can be seen in the Milano, including the elimination of the classic radiator grille and the inclusion of a transparent crossbar between the headlights. A taxi sign sits on the panoramic glass roof and can be illuminated in one of three different colours, depending on whether the car is available or not.

There is no front passenger seat. That area is used for extra cargo space. Knee room behind the driver measures 120 millimetres (4.7 inches) while headroom is 994mm (39 inches).

Two 8-inch touch screens, one for the driver and one for the passengers, have been included. The driver's gadget bundles up indicators like the taxi metre, the trip computer and a rear-door opener. The passengers' touch screen has a card reader that accepts credit cards, calls up information and adjusts the rear climate.

VW starts selling its first electric cars in 2013 and the Milano Taxi Concept may just be part of that new breed.