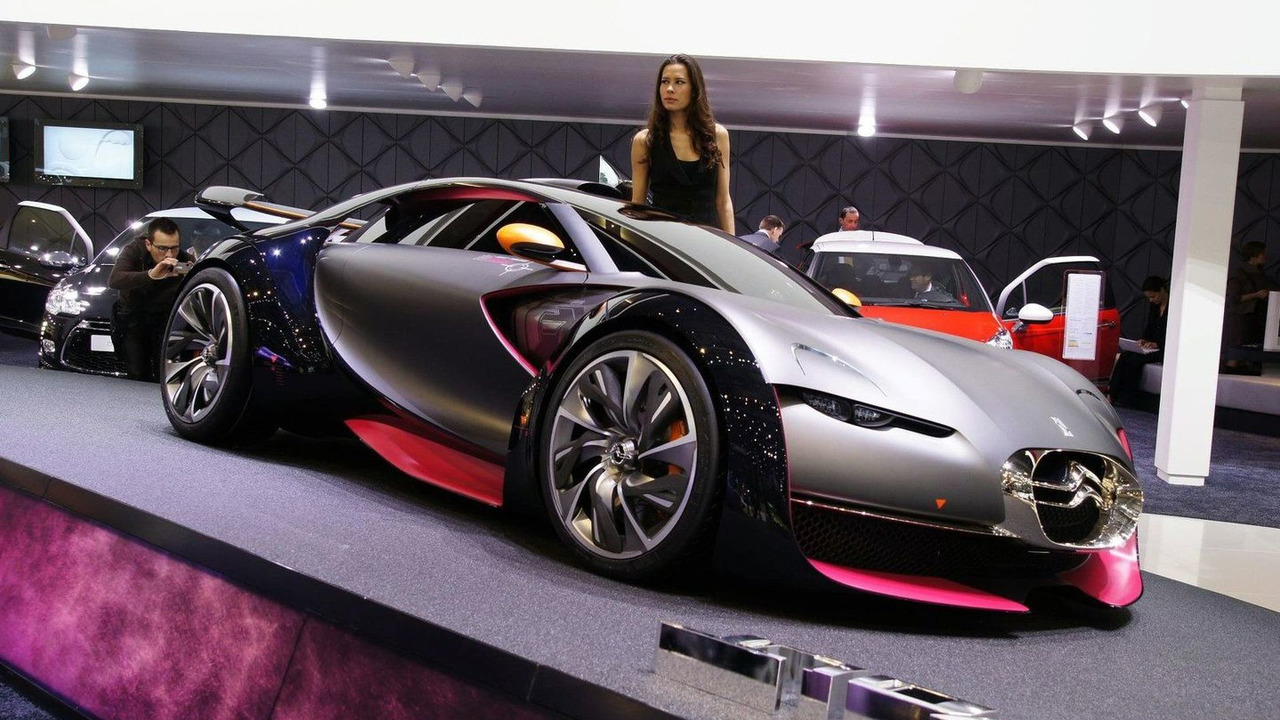 We have the first photos and details of the new Citroen Survolt all-electric concept being shown in Geneva.

Citroen's latest concept car, the Survolt, is an unusual design study meant to show off a potential all-electric performance vehicle in an extravagant and "high-fashion" package.  The new concept was unveiled today at the Geneva Motor Show.

Performance specs were not revealed on the two-seater, but the French automaker does state that the car has a "motor racing punch."  No specific details were given about the car's all-electric drivetrain, but it is said to be an evolution of the Citroen Revolte concept seen last year in Frankfurt.  The Revolte is a hybrid model able to run as an all-electric using a rechargeable battery and small internal combustion engine.

As such, one wonders why engineers would make such a heavy use of honeycomb grilles.  Additionally, there seems to be little purpose to the roof-mounted air intake, but again few details were revealed.

Its design was meant to convey an aerodynamic look combining "flowing lines [that] convey agility, precision and vitality - with a powerful, muscular character contained in its refined and luxurious frame," according to a press release.  The supermini measures in at 3.85-meters long by 1.87-meters wide, making it 65mm longer and 150mm wider than the Lotus Exige S.  It stands rather short at 1.2-meters high, which is taller than the Exige, but shorter than the Audi TT.

Exterior touches on the charcoal, fuchsia, and yellow car include LED lighting at the front, an awkward oval-shaped grille, rear spoiler, and the same rear lighting as the Revolte.  A long windshield gives the appearance of added space inside.