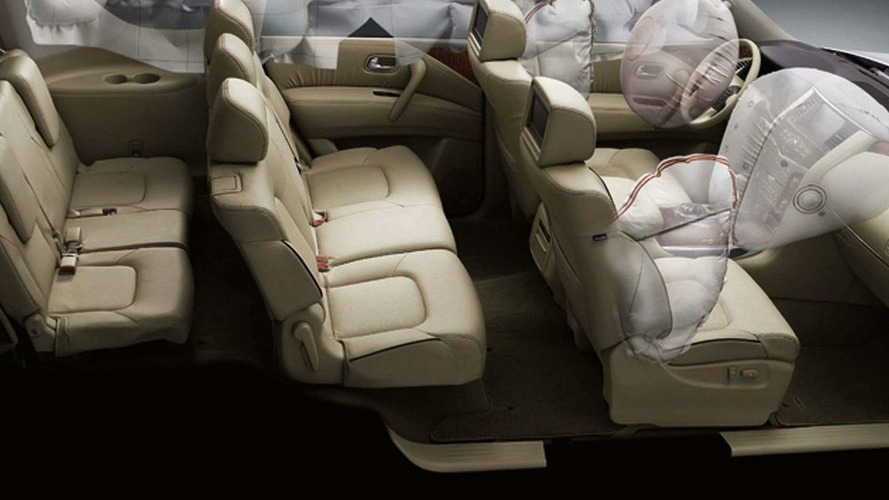 We have full details about the seventh-gen 2010 Nissan Patrol, a.k.a. Nissan Safari, now available with a big 5.6-liter V8. The story, photos, and video inside.

Nissan chose Abu Dhabi as the location for the launch of the seventh-generation 2010 Nissan Patrol this past weekend.  Using the same platform as the 2011 Infiniti QX56, the four-wheel-drive SUV is expected to sell 20,000 units annually in its fifth decade of sales in the Middle East.

Renault/Nissan chief Carlos Ghosn unveiled the car on stage at the Emirates Palace Hotel.  Referencing the car's history, he said, "We know the demands of this market, and we know of its climate."

It is for this reason that the company is trying to position the off-road capable SUV as a "Hero of All Terrain."  It uses a 400-horsepower 5.6-liter V8 direct-injection petrol engine producing up to 560 Nm of torque.  The engine is mated to a seven-speed automatic transmission.

"We are sensitive to the loyalty of Patrol owners, so our engineers have been thorough in crafting this new model," Ghosn said.  Still, that did not change designers from changing certain aspects.  They changed the front grille while softening the exterior look.

Inside, they tried to give passengers more space and comfort.  Leather, aluminum, and wood grain are featured in the interior.  Wider seats at front, with more legroom for second- and third-row passengers rounds out the package.

The 2010 Nissan Patrol should be available soon.  It will also be sold as the Nissan Safari in some markets.  You can read more about the model in the press release below.