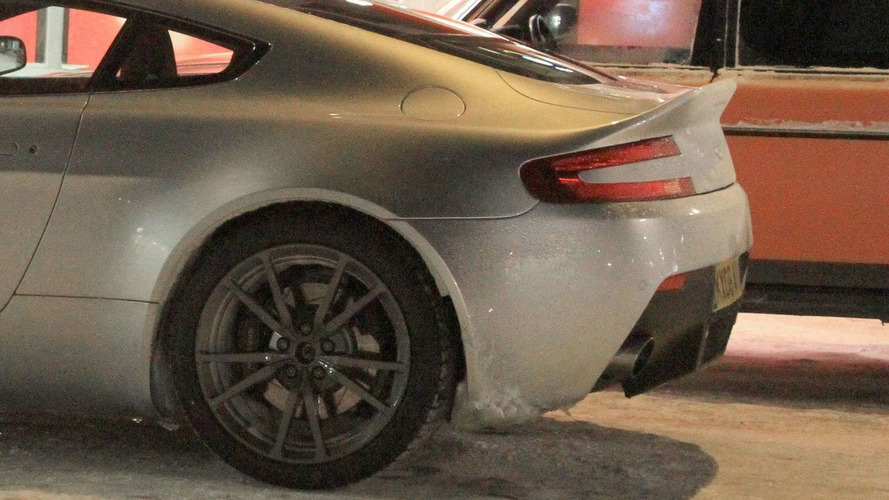 A few spy pictures of the facelift Aston Martin Vantage have been presented to WCF. Exterior changes include a Vantage V12 rear diffuser and a 1,000W B&O sound system.

It is facelift time for the Aston Martin Vantage and we have some of the first spy pictures showing off this pretty beast, albeit under some disguise.

The facelift will feature changes such as a slightly redesigned front bumper with new lower splitter, new 10-spoke 19-inch wheels as previously seen on the 2010MY Vantage and a rear diffuser that closely resembles the Vantage V12's diffuser. A higher rear spoiler is also included for better aerodynamic performance.

Interior changes also follow the 2010MY with a 1,000W B&O hi-fi system and a set of lightweight Kevlar and carbon seats.

Engine details are currently a mystery but they should remain largely the same for the facelift.