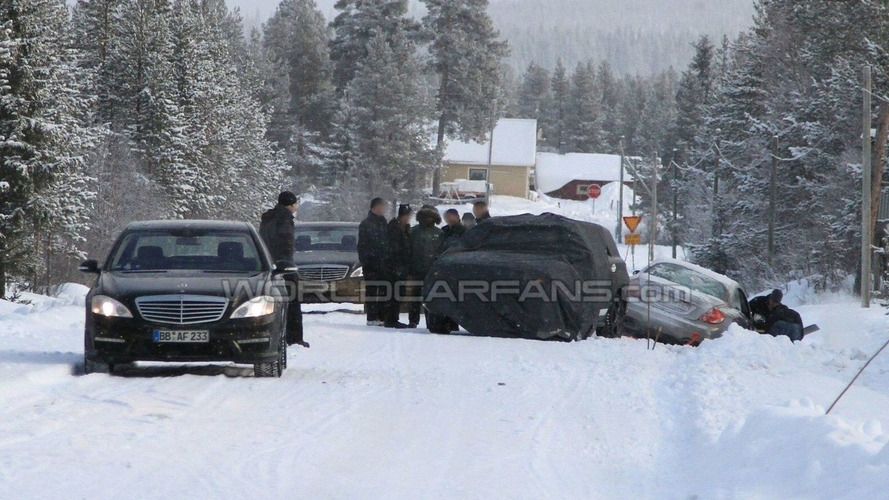 We have the full scoop on a crashed-out S-Class Coupe AMG, and the ML-Class SUV prototype unable to yank it from the snow. Photos and details inside.

A test driver lost control of a facelifted Mercedes-Benz S-Class Coupe AMG during a video shoot in Northern Europe recently, plowing the car into a snowy ditch on the side of a road.  Nobody was believed to be injured in the crash, although the driver's ego may be damaged.

On hand was the Mercedes-Benz ML Class prototype, recently spied with snazzy LED lights.  More embarassing for Mercedes than the accident, the driver of the four-wheel-drive ML SUV was unable to yank the S-Class out of the snow.  In the end, rescuers needed to use both the ML-Class and a S-Class AMG with snow chains to extricate the disabled vehicle.

A similar incident happened to BMW last February during testing of the X1.  When a prototype X1, which was being lauded as a true all-weather vehicle, drifted into a snow bank the driver needed the services of a far less expensive Volkswagen Tiguan to pull the SAV out of trouble.

Hopefully, somebody from Daimler got the entire S-Class AMG accident on tape.