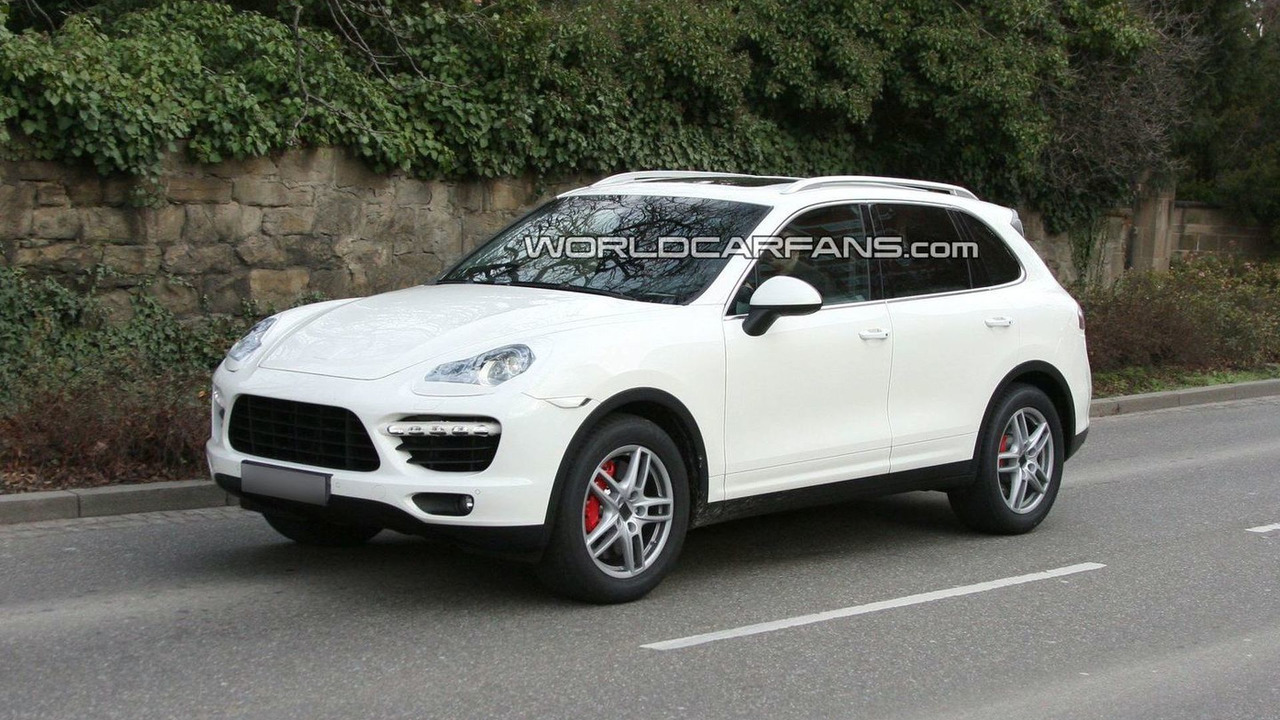 We have the full scoop on the 2011 Porsche Cayenne petrol, diesel, and hybrid models. Details inside.

The 2011 Porsche Cayenne will be introduced at the Geneva Motor Show as an all-wheel drive hybrid, according to Autocar.  Porsche's relationship with new parent Volkswagen will surely be tested with the SUV, which will feature a supercharged 333-horsepower 3.0-liter V6 petrol engine sourced from VW-owned Audi mated to a 47-horsepower electric motor.

Citing Porsche sources, the magazine claims the Cayenne Hybrid will travel 34.5 miles-per-gallon, becoming the most efficient Porsche vehicle currently produced.  CO2 emissions will be below 200 grams-per-kilometer.

The Cayenne Hybrid will be offered in addition to four available engine choices, including a 3.6-liter V6 generating 300 hp, a 4.8-liter V8 producing 400 hp, and a 500-horsepower turbocharged 4.8-liter model used on the Cayenne Turbo.  Some markets will also get access to a 240-horsepower 3.0-liter V6 sourced from Volkswagen.

New Cayenne purchasers will also get access to a new eight-speed automatic transmission.  Whether purchasing a hybrid model or conventional version, each vehicle will be fitted with stop/start and brake energy recovery systems.  Conventionally-powered versions will see efficiency grow by 23%, with several models getting at least 28mpg.  This is also due to engineers cutting 10% of the weight on the model.

The magazine says the car could also be more comfortable inside.  Adjustable back rests in the new sliding rear bench will feel nicer than the flat bench previously used.  The longer wheelbase helped employees develop the SUV with more leg room in the back and more cargo space.

Production of the next-gen Cayenne will take place at the Volkswagen plant in Bratislava, Slovakia.  The Slovakia location is also responsible for the VW Touareg and the Audi Q7.  Final assembly will be completed in Porsche's Leipzig, Germany, facility.

Autocar is reporting that UK sales will begin in May, following the debut of the 2011 Porsche Cayenne in March.