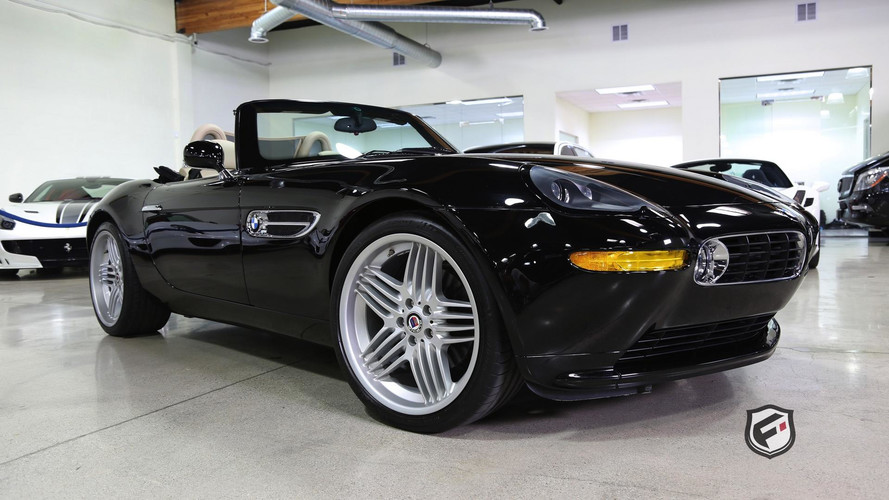 Softer than the original Z8, but still equally desirable thanks to its classy design.

With just 555 units ever made and 450 of them sold in the United States, it’s safe to say the BMW Z8 tweaked by Alpina is a rare sight on the streets. As a matter of fact, even the regular James Bond-endorsed Z8 with its retro design evoking the 507 Roadster of the late 1950s is quite exclusive considering only 5,703 examples were ever made.

The gorgeous roadster officially called “Alpina Roadster V8” came out in 2003 as a follow-up to the original Z8 that went out of production in November 2002. It was the first time in Alpina’s history when one of its products was available straight from a BMW dealership located in the U.S.

Acting as the Z8’s swan song, the special version went through some significant changes during its transition to become an Alpina-badged model. It was initially envisioned to be blessed with a V12 as a replacement for the standard car’s M5-sourced mill, but there simply wasn’t enough room in the engine bay for it.

As a consequence, the engineers had to resort to plan B, which meant installing a 4.8-liter V8 from Alpina’s 5 Series-based B10 V8 S dialed to 375 horsepower and 384 pound-feet (520 Newton-meters) of torque. It had slightly less horsepower than the regular Z8, but the whole point behind the engine transplant was to give it more low-end torque.

Not only was the engine changed, but the original six-speed manual gearbox had to make way for a five-speed ZF automatic to turn the Z8 into a more comfortable hardtop cruiser. Other changes included installing bigger 20-inch wheels shod in low-profile Michelin tires and a softer suspension setup. There were also some tweaks inside, like an individually numbered plaque, blue instrument cluster dials, different upholstery stitching, and an extra dial showing the gear position.