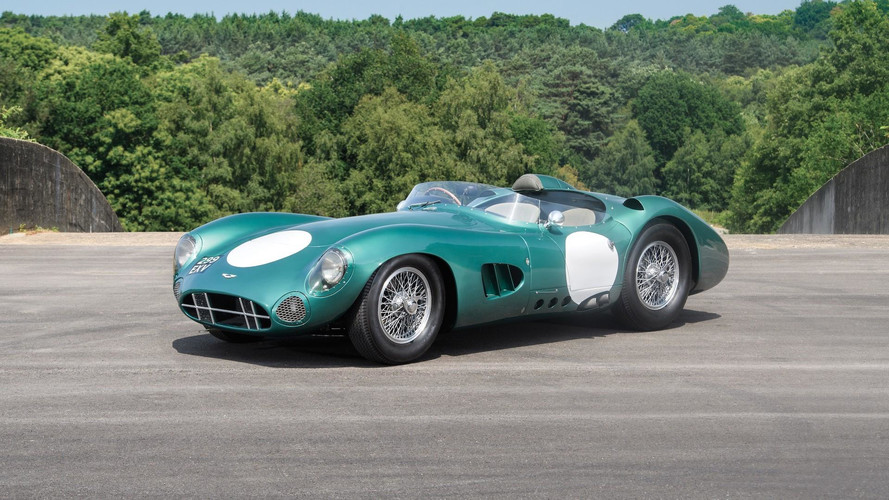 It sold at the RM Sotheby's auction in Monterey.

At the RM Sotheby’s Monterey sale, alongside a $15-million McLaren F1, this stunning Aston Martin DBR1 went home for a record price. When the gavel dropped, the classic Aston sold for a whopping $22.5 million, making it the single most expensive British automobile ever sold at auction.

A legendary standout, the DBR1 is what some might consider the "most important Aston Martin ever produced." It’s the first of five factory-built examples, and comes complete with a period-correct reproduction engine built by R.S. Williams, but was also offered with its final Works fitted engine.

The DBR1 took home an overall victory at the Nurburgring in 1959, and played a starring role in Aston Martin’s 1959 World Sportscar Championship. Legends like Carroll Shelby, Reg Parnell, Roy Salvador, and Stirling Moss have all taken the wheel of the iconic Aston, cementing its place in racing history for centuries to come.

That $22.5 million price tag surpasses the 1955 Jaguar D-Type for the title of most expensive British car ever sold at auction. The Jag went for an impressive $21.8 million in 2016. Bidding for the DBR1 reportedly lasted nearly seven minutes, with two bidders competing against each other before a private collector bidding by phone walked away with the vehicle.

The DBR1 joins a handful of other classic Aston vehicles, including a 1959 DB4GT, which sold for an impressive $6.765 million, and a 2006 DBR9, which went for a cool $616,000. By the end of the night, RM Sotheby’s Monterey sale generated over $60 million in sales. The festivities continue into the weekend, with the second portion of the auction taking place later today, August 19th.