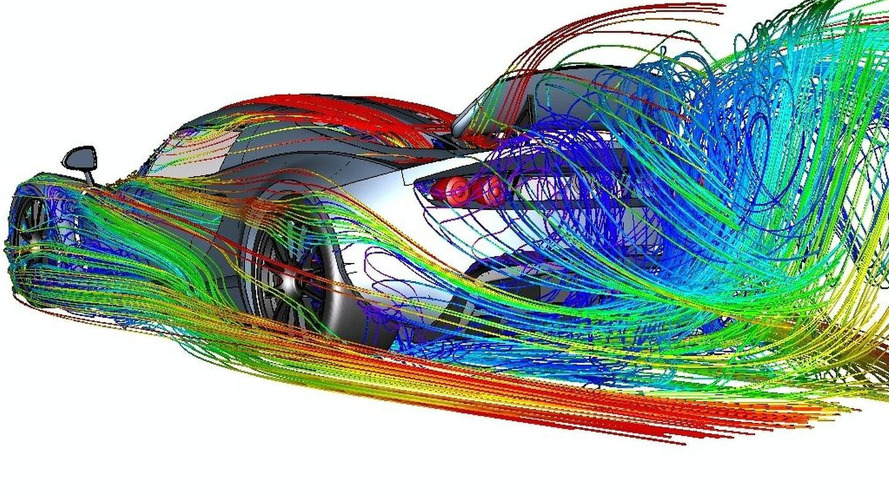 Hennessey Performance Engineering has provided computer images of its VENOM GT's aerodynamic abilities. The 1,200bhp Lotus Exige S-based super car goes on sale in 2010 at a base price of US$600,000

When the VENOM GT from the house of Hennessey Performance Engineering was first announced, a great deal of debate took place among loyal WCF community users. The comparisons with the Bugatti Veyron drew much of the core for debate with plenty of views offered. Many of these were about the issue of aerodynamics.

Hennessey have tried to clarify the exact position this car occupies by issuing these computational fluid dynamics (CFD) pictures showing how it behaves aerodynamically. From the images it can be seen that the adjustable rear wing also acts as an air brake. Their calculations show that the car will generate up to -1.5g under deceleration. It's expected that fitting the company custom carbon ceramic brake system will result in a 200mph (322km/h) - 0mph time of about 7 seconds. John Hennessey says they might even achieve 0 - 200mph - 0 in 20 seconds flat.

So far a total of three individuals or parties have offered concrete orders for the VENOM GT. First deliveries are scheduled for some time in 2010.