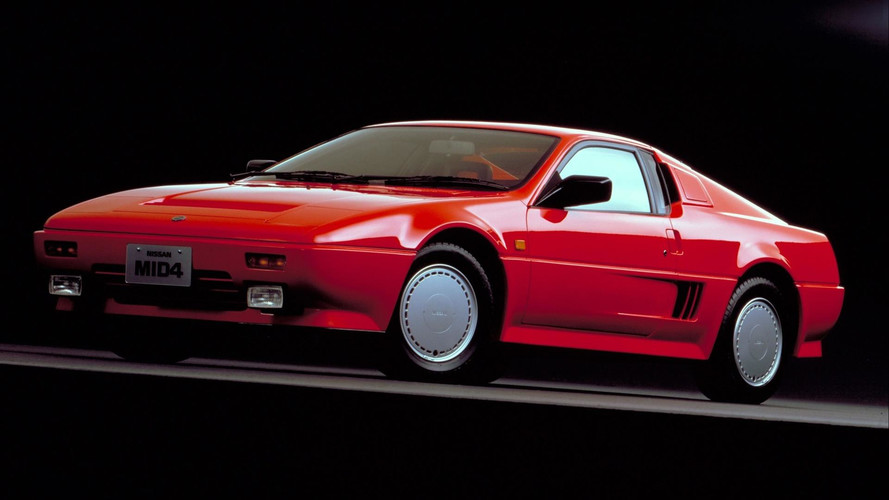 Meet the Nissan Testarossa. Or is it the Nissan NSX? Call it what you want, it was an important testbed for new tech.

Why We Remember Them Now:

Both concepts heralded some technological developments that were later on implemented in a multitude of road-going models, which also inherited a few of the design cues.

First up, the original MID4 was envisioned back in the day as Nissan’s direct answer to Ferrari Testarossa. You can see that even in the styling approach, especially when looking at the right-hand–drive red prototype introduced later. It was engineered as a full-blooded performance car with the design to match its go-fast credentials.

Its V6 engine positioned just behind the seats sent 245 hp to an all-wheel-drive system through a five-speed manual gearbox, with 33 percent of the power going to the front axle and the 67 percent channeled to the rear wheels. The concept’s AWD system eventually found its way in the legendary third-gen GT-R (R32) introduced in 1987 and nicknamed “Godzilla” by Australian motoring publication Wheels.

The grippy AWD setup wasn’t the concept’s only ace up its sleeve as the MID4 was also the very first car from Nissan to feature a four-wheel steering system. That one too was fine-tuned and adapted to production cars, such as the 300ZX.

In 1987, the MID4 evolved to become a more production-ready Type II concept with a substantially modified design resembling the Honda NSX. Though to be fair, the latter was introduced a couple of years later, specifically at the 1989 Chicago Auto Show.

Aside from going through a cosmetic surgery, the updated MID4 — of which three were ever made — received a more powerful biturbo 3.0-liter V6 engine with 330 hp in a sports car that tipped the scales at a low 3,086 pounds (1,400 kilograms).

Although it would have turned out to be considerably cheaper than Porsches and Ferraris of those days, Nissan ultimately decided to axe the MID4 out of concerns it would've been too expensive to make.