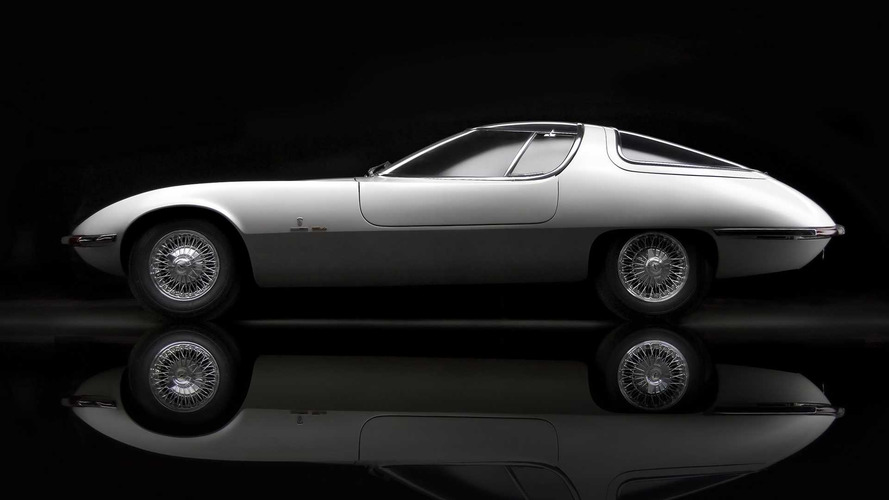 An Italian take on an American car, the Testudo was one of Giorgetto Giugiaro's most influential designs.

Why We Remember It Now

Serving as a source of design inspiration for the timeless Lamborghini Miura and other important production cars, the Testudo was one of the most influential concepts from that era.

A lot of things can be said about the Corvair — like the fact that it was the only American-designed, mass-produced passenger car to feature a rear-mounted air-cooled engine. It was GM’s first car to have a unibody construction and its engine was initially tested in a Porsche 356. Astronauts from the Apollo mission trained on a Corvair-based lunar rover in New Mexico and the car served as a foundation for a great deal of other concepts, like the 1961 Pininfarina Speciale and 1963 Monza GT, just to name a few.

Let’s not forget the Corvair (portmanteau of Corvette and Bel Air) was riddled with technical issues, ranging from oil leaks to the infamous handling thoroughly detailed in Ralph Nader’s book “Unsafe at Any Speed.”

But today we’re here to talk about the Testudo, a one-off that started life as a Corvair Monza and was transformed by a young and very talented Giorgetto Giugiaro working at Bertone into a uniquely styled showcar. He was actually the one to drive it to Geneva back in March 1963 and is the first concept he was given complete freedom to design.

The Corvair’s chassis was shortened and the curvaceous body redesigned from the ground up was initially painted in metallic silver before getting a pearlescent white finish. With pop-up headlights, a wraparound windshield, glass roof, and the first-ever polycarbonate taillights integrated into the rear bumper, this was no ordinary Corvair. It had a spectacular forward-hinged canopy like the aforementioned Monza GT and looked somewhat like a turtle’s shell, hence the rather ironic name considering this was envisaged as a sports car.

It only had B-pillars incorporating the hinging mechanism for the canopy as well as the vents to cool down the engine mounted at the back. Opening that massive canopy granted access to an equally interesting interior with a rectangular steering wheel, a pair of body-hugging seats, and the dials and buttons mounted on a one-piece, boomerang-shaped piece.

While the Testudo never made it to production despite some talks of a European-spec Corvair with a different design, its styling had an influence on the Lamborghini Miura and the Porsche 928. Other Bertone-pinned cars such as the Ferrari Daytona and the Alfa Romeo Montreal also took a leaf out of the Testudo’s book.

The concept’s history is just as intriguing as its design. Several years after its Geneva appearance, the Testudo was involved in an accident while shooting a promo film for Shell with another one of Bertone’s creations, the one-off Alfa Romeo Canguro. It was brought back to life in the early 1990s when it went through a full restoration and was later on showcased at the 1996 Pebble Beach Concours d’Elegance. Fast forward to 2011, RM Auction’s sold it for €336,000.

In an interview from the 1980s, the man behind the concept said: “There’s something special and affectionate about what I feel for the Testudo. It was the first prototype with which I had been given a free hand, without restraints, and the end result captured the attention of the entire automobile world.” Nearly five decades on, the impact this truly seminal dream car had on car design is still apparent.”