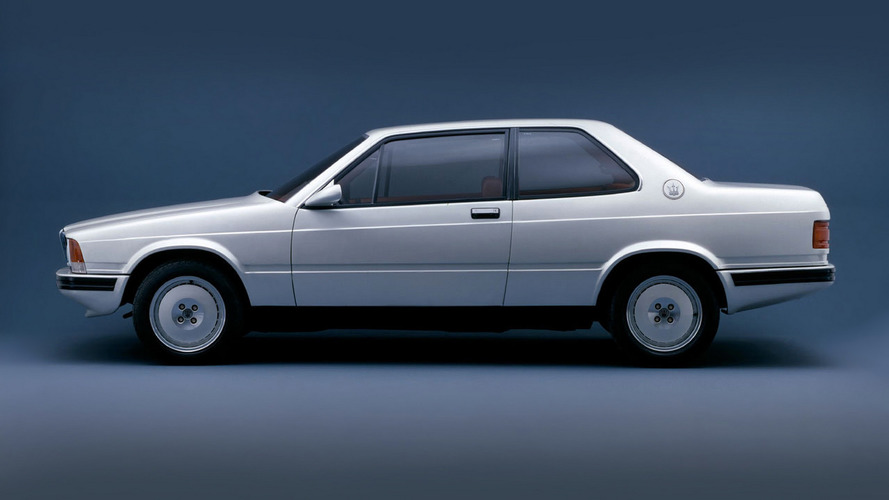 The Biturbo completely ruined the Italian supercar manufacturer's image in the late 1980s.

The Maserati Biturbo was actually a family of three models – a luxury sports coupe, a sporty sedan, and a grand tourer. The Karif coupe was also based on the same platform, as well as the first modern generation Ghibli and the Shamal.

The Biturbo coupe was introduced in December 1981 and produced in Modena, Italy. The Biturbo name was changed to 222 in 1988 with the first major redesign of the car. A total of 22,660 units were manufactured, including the special Racing and 2.24v models.

The Bitrubo was a front-engine, RWD vehicle, featuring three gasoline, V6, biturbo engines. A 2.0-liter unit was used as an entry-level option, followed by a 2.5. The cream-of-the-crop version was powered by a 2.8-liter motor. Depending on the year of production and engine, the coupe had up to 285 horsepower.

The 2.0 V6 unit was probably the most interesting, as it was based on the old engine used in the Maserati Merak. The Italian company put two turbochargers, making it the first biturbo engine for a production road car, but oddly enough fuel was delivered by a single Weber carburetor. Initially, there were only three valves per cylinder, but in 1988 the automaker unveiled the 2.24v with 24 valves (four per cylinder). No intercooler was fitted to the early setup.

In many aspects, yes. It served as a replacement for the mid-engine V6 Merak, which was a fantastic car. The Biturbo was designed as a "down market" step for the company, which was part of a major plan to make the brand more popular with more practical cars at a lower price tag. Simply said, it was the Maserati of the normal, not rich, man. Which meant many quality and construction compromises were made.

When new, the Biturbo was quite a good car. It accelerated quickly, wasn’t that bad in corners, and still had the image of a supercar, despite the conservative looks and the 2.0-liter engine in the entry-level variant. But only after a couple of years, everything that could leak, burn, snap or rupture did so. The Biturbo, especially units from the first years of production, had serious corrosion problems, because, like most of the Italian cars from that era, the coupe wasn’t made from galvanized sheet metal and a protective treatment was not used.

The interior quality was also not that great. While it looked great, the cabin was assembled mostly from low-quality materials. The dashboard, for example, was covered with a fake leather surface, that needed only three or four years to start cracking.

In 1983 the car was launched in the United States with a 2.5-liter V6 biturbo engine. So far, so good. But thanks to the local emissions restrictions, power was limited to only 196 horsepower (144 kilowatts). A three-speed automatic transmission was offered as an option on some markets. Many say the Biturbo was responsible for Maserati’s decision to leave America, inflicting near-lethal hit to its image.

Sure, the Maserati Biturbo as a whole seemed like a step backwards coming off the success of the Bora and Khamsin. But it was more than that. New owner Alejandro de Tomaso had a vision to bring the Italian marque back from the brink of bankruptcy – and he mostly succeed.

More than 40,000 units of the Biturbo were sold initially, leading to interest from Chrysler head Lee Iacocca, and eventually Fiat, solidifying the brand as a true, mainstream luxury competitor to the BMWs and Benzs of the world.

And the Biturbo Coupe wasn’t even that bad. The boxy styling cues were synonymous with the day (see: E30 M3), and the F1-derived 2.5-liter engine – though slightly underpowered – was the first ever to include a biturbo kit. Eventually the company dropped the Biturbo moniker in place Ghibli, and well, the rest is history...