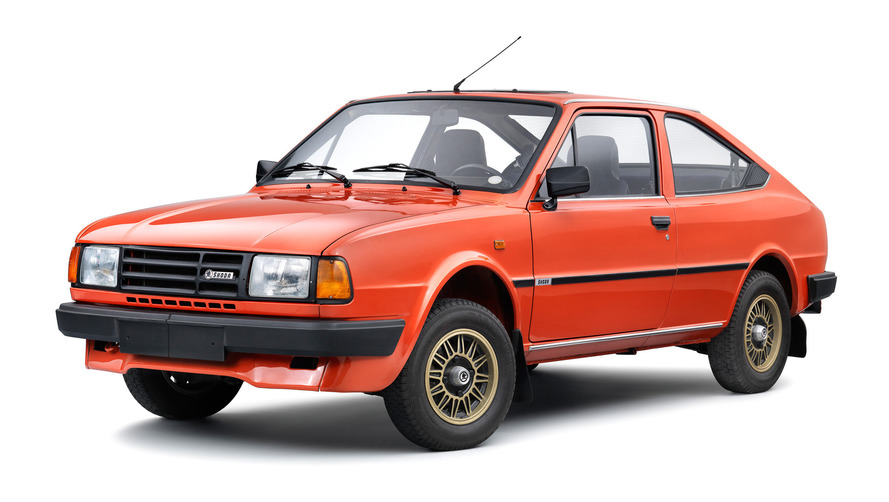 The poor man's Porsche was slow and unreliable.

The Rapid was a sports coupe, built by Skoda in the 1980s. It was based on the 130/135/136 sedan, which in turn was based on the 105/120/125 series, which we featured in our Soviet Bloc Cars Were Weird series. The Rapid name was used in the 1930s and 1940s and was again resurrected six years ago with the launch of the affordable Rapid hatch and sedan.

A replacement for the Skoda Garde, the Rapid was introduced in 1984 and was manufactured until 1990. Many units were produced for Western Europe and UK export, but today there are less than 50 still running in Britain, according to the website HowManyLeft.co.uk.

Being based on the 130 means the Rapid was powered by a rear-mounted engine, sending power to the rear wheels. Front suspension used double wishbones and coil springs, while brakes were discs with four-pot calipers at the front, and drums at the rear. Power was provided by two four-cylinder naturally-aspirated engines.

It depends on the point of view. If you consider the Rapid as a true sports car, you will be totally disappointed. It was a painfully slow vehicle, even for the 80s standards. The more powerful engine, a 1.3-liter unit with 58 horsepower and (43 kilowatts) mated to a five-speed manual, was able to accelerate the car to 62 miles per hour (100 kilometers per hour) in 16.5 seconds, making it slower than the Lada 21065, for example. You just can’t be slower than a Lada!

Then, there was the very low build quality and the poor reliability. The first series of assembled examples, wearing the Rapid 120 name, were known for its unreliability. For example, because of its complex layout featuring a radiator located on the front axle, the cooling system was very prone to airlocks, which often resulted in overheating of the engine.

Handling of the Rapid was significantly improved compared to Skoda sedans of that era, but it was still far from being good. The main problem was that the weight distribution was disastrous – the engine was mounted longitudinally, slanted to the right and overhanging the rear axle. The trunk and relatively light front suspension were unable to provide a good balance and the car had tendency of oversteering.

But, as Motor1 US Editor Adrian Padeanu explains, the Rapid was not about speed and reliability.

“With the engine mounted at the back driving the rear wheels, you could say the Rapid was a poor man’s Porsche 911. Skodas back then were not what you would call very reliable and with a great build quality, but let’s keep in mind that it was a very affordable entry-level sports car to buy and maintain. It was that type of car that could put a smile on your face without having to break the bank. You got your money’s worth and then some.”