2020 Acura TLX PMC Is Hand-Built And Handsome, But More Of The Same

There's never been a car like the 2020 Acura TLX PMC. That's not because it's some new thing, or super powerful, or very efficient. In fact, aside from the limited-run nature (Acura is building just 360 units), the TLX PMC is your average near-premium sedan in almost every respect. Or, at least that's how everyone else will perceive it.

But you, the owner, will know there's more to the PMC than meets the eye. Much like a high-end Swiss watch, the PMC's specialness comes not from any unique ability, but from the care with which it’s built. Rather than heartless machines and disinterested workers, this limited run of TLX sedans comes from the Performance Manufacturing Center (the PMC in this car's name) in Marysville, Ohio, home to the same talented, dedicated team responsible for the NSX supercar. It's exactingly hand-built, but at a price in line with mass-produced competitors.

That price is just a hair under $50,000, which is a fair chunk of change, especially when you consider the TLX's age, inefficiency, frustrating infotainment system, and mess of newer competitors. But after a visit to the PMC facility and a few days with this special TLX, we're confident this car will appeal to Acura fans. That said, the average consumer likely won't know about or appreciate the immaculate paint, special details, and high-quality construction.

Let's talk about that paint, because it's the TLX PMC's headlining feature. The shade, Valencia Red Pearl, is only available on vehicles that come from the Performance Manufacturing Center – the NSX, TLX PMC, and upcoming MDX PMC. A regular automotive paint job is like cheap cotton, but Valencia Red paint is the automotive equivalent of virgin cashmere.

Deliciously deep and rich with an astounding ability to change shades in the sunlight, finishing a car in Valencia Red takes much more work than a normal automotive paint. Acura dips each body in a variety of chemical baths before robots apply three coats of paint and two of clear coat. 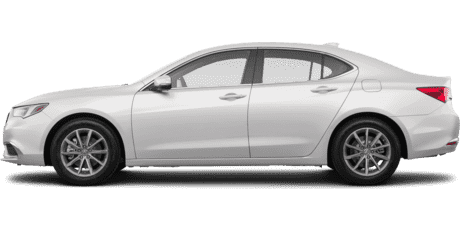 Applying and curing the paint takes five days, compared to the 24 hours a normal shade requires. Then, a team of human workers polishes the entire vehicle, before inspecting it for even the tiniest imperfections. The results are staggering and unseen in anything outside of the six- and seven-figure masterpieces the world's exotic automakers offer.

During our few days with the TLX, it was the paint that captured the most attention. We had multiple passersby compliment the shade. Worryingly, though, most of those customers immediately followed their praise by asking what the TLX was. That's not a great sign for Acura if consumers – even in a car-crazy region like southeastern Michigan – don't recognize a bread-and-butter sedan.

But to focus solely on the paint ignores the efforts the PMC makes elsewhere in assembly. Tolerances are tighter all over the interior and exterior, with workers carefully measuring gaps for clearances of less than a millimeter in places. Additional quality checks ensure this precision, too, with the TLX PMC undergoing the same shake and water-tightness checks as the NSX. In terms of pure build quality, there's not a car in this class that goes so far.

What else do you get with the PMC package besides fancy paint and exemplary build quality? The exterior features a number of unique touches, with a focus on gloss black – that's the finish for the wheels, roof, door handles, and grille. Every TLX PMC features the A-Spec package, which swaps in hefty four-inch exhausts. The black chrome finish, though, is unique to the PMC. In the cabin, black Milano leather and Alcantara upholstery contrast with red stitching and piping throughout the interior, although the only other major change comes with the PMC serial plaque.

And How Does It Drive?

So, prepare for a shock: the TLX PMC drives just like any other TLX. The PMC Edition features the optional 3.5-liter V6 with 290 horsepower and 267 pound-feet of torque, with a nine-speed automatic transmission dispatching that power to Acura's trick Super-Handling All-Wheel Drive.

The weak link in this package is the nine-speed automatic, which is smooth and relaxed in everyday conditions, but struggles when faced with sudden requests for additional power. The manual mode, operated via the wheel-mounted paddles, doesn't improve shift speed noticeably. That said, the paddles feel premium, with a well-damped action that encourages drivers to use them. We just wish the performance were a bit sharper. Gearbox aside, Honda's 3.5-liter is a potent engine, with a smooth character and a willingness to rev. It's not as effortless as turbocharged rivals, but the sound and the refinement are worth saluting.

Acura's improved build quality doesn't yield any real refinement in ride quality or noise control, although neither area was a particular problem for the TLX in the first place. It also doesn't result in much change in terms of equipment, with the PMC featuring all the gear from the Advance trim. On the upside, that means a comprehensive active safety suite. On the downside, you'll find the same old, cumbersome dual-screen infotainment system.

There simply isn't enough happening with the TLX PMC, mechanically or in terms of equipment, to make it appeal to ordinary consumers. This is the same ol’ TLX, albeit with a breathtaking paint job and some other neat aesthetic tweaks. For Acura loyalists – people that have been with the brand since the Legend and Integra, through the shield-nose TL and TSX, and onto the TLX and ILX and the current host of SUVs – snagging the $50,000 PMC might make sense.

Those customers may just recognize the TLX PMC's surprising value. A TLX Advance with the same V6 engine and Super-Handling All-Wheel Drive costs $45,950. But the PMC adds the A-Spec package, a $2,700 option that isn't otherwise available on the Advance trim. By that logic, the Valencia Red paint and trim only adds about $1,300 to the total price. It wouldn't surprise us if Acura lost money on each of the 360 TLX PMCs produced.

Mainly, what this special effort makes us hopeful for is the next-generation TLX. This car proves that Acura knows exactly how to make cars look and feel special without resorting to a supercar shape and a mid-engine layout. If Acura can approach its next sedan with even a fraction of the care and attention to detail paid to the TLX PMC, then the future is bright for Honda's luxury division.