These older supercars can be had for less than the price of a new Porsche Macan.

The first-generation Acura NSX offered true daily-driver comfort and exotic performance. The 1990-1996 model years get motivation from a 270-horsepower 3.0-liter V6, while the 1997-2005 NSX boasts 290 ponies from 3.2 liters. All-aluminum monocoque construction was a first for production cars when the NSX was introduced, with even more exotic materials found under the mid-mounted engine cover. Titanium connecting rods, an aluminum block and heads, and cast iron piston sleeves ensured durability, light weight, and reliable high-RPM operation, while VTEC variable valve timing helped broaden the torque curve. The more powerful later model will be hard to find under $50,000, but clean examples of early Acuras can still be had for less. 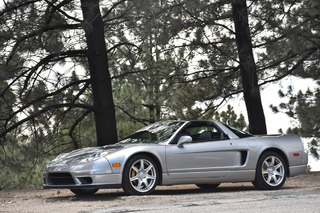 The Aston Martin V8 Vantage was arguably the company’s first truly “entry-level” offering. Built on the company’s aluminum-intensive VH platform, the 2006-2008 V8 Vantage was powered by a 380-hosepower 4.3-liter V8 loosely based on a Jaguar design, but featuring exotic dry-sump lubrication. A 420-hp 4.7-liter V8 came around for the 2009 model year, with a 430-hp V8 Vantage S variant arriving for 2012. Either the fixed-roof or the Volante convertible body styles can be had for around the price cap, even as a V8 S. Those on a stricter budget can find early Aston Martin Vantage models for right around $30,000.

James Bond DB5 Has New Weaponry In No Time To Die

The first-generation R8 brought Audi upmarket in a whole new way – sharing a platform, ironically, with Lamborghini’s new entry-level Gallardo. The R8’s base engine was a 4.2-liter V8 producing 414 horsepower, hustling to 60 mph in about 4 seconds. Standard all-wheel drive, familiar Audi ergonomics, and a comfortable ride were somewhat revolutionary among mid-engined exotics in 2008, giving the R8 an “everyday supercar” reputation. Although official values like the one above don't bear it out, V8s from the first model year are starting to depreciate to $50k on used car marketplaces like TrueCar.

The first-generation Bentley Continental GT was arguably the most modern car to wear a flying B in decades. With loads of engineering work done by parent company Volkswagen (including a novel W12 engine layout), the big Conti GT is fast and comfortable, as any Bentley should be. Those who want a little more of the former and a wee bit less of the latter might be enthused by the Continental GT Speed, boasting 602 horses to the base model’s 552. Lighter, lower, and stiffer, the Speed nevertheless offers a serene interior and iconic styling, serving up a nice balance between the luxobarges of Bentley’s past and the high-tech wunderwagens of its future.

BMW’s lineup of high-performance M cars is broad, with high-strung inline-fours and Formula 1–aping V10s and everything in between. One of the weirder members of the family is the X6 M, introduced for 2010 (alongside the X5 M) as the M brand’s first all-wheel-drive offering and first crossover. While that equates to heresy among many BMW devotees, we still gawk every time we see one of these high-performance turtles zip past us in traffic. Look for a 2015-2019 second-generation X6 M, which is lighter, more powerful, and a bit more reliable than the first-gen.

New BMW X5 M Brings Its 600 Horses To The Nurburgring

With more than 600 ponies and a base price of just over $100,000 when new, the C6-generation Chevrolet Corvette ZR1 was and is an incredible performance value. Built for model years 2009 to 2013, the C6 ZR1 is still somewhat hard to find for less than $50,000, but it’s also not likely to depreciate much more, making it a decent investment. Other Corvette models from this era can be had for much less, including the stellar 427 Collector Edition convertible and the well-rounded Grand Sport.

The C7-generation Corvette is a bit more polished than its predecessor, so for some, the C7 Z06 might be more attractive than the C6 ZR1. A similar 6.2-liter supercharged V8, though heavily updated, powers the Z06 to the tune of 650 horsepower, and there are a handful for sale right now for less than $50,000. Like the C6 ZR1, the C7 Z06 is available with automatic or manual transmissions. World-class handling dynamics come standard, however. 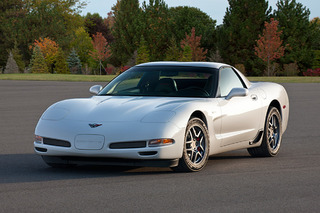 Should You Buy a C5 Chevrolet Corvette? 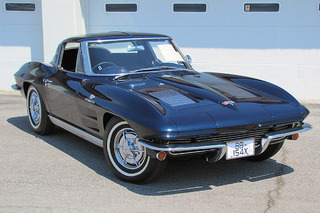 Y’all will grouse that the Charger Hellcat isn’t a supercar, and you’re right. This is a muscle sedan through and through. But 707 horsepower is almost impossible to argue with, particularly when examples with just 3,000 miles can be had for $50,000 or so. The Hellcat’s motivation comes via a supercharged, pushrod 6.2-liter V8, made more exotic by forged pistons and a strengthened crankshaft and connecting rods. Although not tuned for finesse the way a BMW M5 might be, the Charger Hellcat claws at the pavement thanks to grippy tires and a stiff suspension that doesn’t wilt at the first sign of a corner. One of the newest entries on this list, the Hellcat might also come with some factory or certified warranty at $50,000, too.

Powered by a V10 engine designed for heavy-duty trucks, the first-generation Dodge Viper is a rude muscle car masquerading as a Ferrari slayer. The 1992-1995 Viper RT/10 boasted 400 horsepower from its massive 8.0-liter V10, exhaling through aggressive side exhausts. That first super-snake might be a little too crude for most, especially since it didn’t even have side windows. A revised RT/10 came along for 1996 offering a rear-exit exhaust that added 15 hp, as well as removable glass side windows that replaced plastic curtains.

But those who daily-drive their Vipers would likely appreciate the GTS coupe’s fixed roof and roll-down windows. Luckily, any of the above models demand much less than $50,000 on the used market. In fact, the second-generation 2003-2007 Viper can be had for that price, but you, adventurous reader, would rather have the hairy-chested RT/10 roadster or GTS coupe, right?

There are hundreds (if not thousands) of Mustang special editions, but we chose the 2012-2013 Boss 302 Laguna Seca instead of other examples because of its rarity and distinct ability to stitch corners together gracefully. The Boss 302 LS still made use of an archaic live rear axle, but the suspension was tuned so well that an independent rear suspension was likely redundant.

Other parts of the package were thoroughly modern, including forged engine internals that permitted a 7,500-rpm redline for the muscular 5.0-liter V8. The Laguna Seca got stickier tires, rear-seat delete, a chassis-stiffening X-brace, and unique red-orange accents on the roof, wheels, and interior. Both the Laguna Seca and the less aggressive “base” Boss 302 come in for about $40,000 in excellent condition. 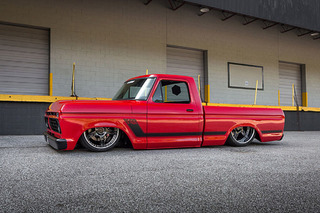 The mid-engined Lotus Esprit V8 occupies an old-school place on this list, particularly since its basic body structure dates back to the nameplate’s 1975 introduction. The twin-turbo 3.5-liter V8 introduced in 1996 was a thoroughly modern piece of engineering, however, with 350 horses hoofing to the rear wheels via a five-speed transaxle. The doorstop styling dates to the 1970s, but the V8 model’s strakes and spoilers root it thoroughly in the realm of radical ‘90s nostalgia. Finding a $50,000 – or even a $40,000 – Esprit is easy, but caveat emptor. The purchase price is but one of many financial responsibilities of Lotus ownership.

The Maserati GranTurismo, a luxury boulevardier that replaced the unimaginatively named Coupé and Spyder, is something of a dark horse on this list, leaning heavily toward comfort and style instead of outright speed. But the rortier and sportier GranTurismo Sport, whose 4.7-liter V8 has been tuned to wail out 454 horsepower, can be had for less than $50,000, making it an interesting choice for those who want Italian sex appeal but can’t quite swing the down payment on a Ferrari. That it’s a comfortable coupe or convertible with real space for four is just a bonus.

If the Dodge Viper is far too uncouth, then may we suggest the 2007-2014 Mercedes-Benz CL65 AMG? Powered by the legendary M275 V12 engine, the CL65 rocks out with 604 horsepower (upgraded for 2011 to 621 hp) and 738 pound-feet. Although only slightly faster in a straight line (and actually worse in corners) than the substantially less expensive CL63 AMG, the CL65 nevertheless offers a peerless driving experience that makes its owner feel like a million bucks. That impression doesn’t bear itself out on the dotted line – even though it’s rare and hard to find, a CL65 will only ask between $30,000 and $50,000 of its new owner.

The 2009 Nissan GT-R wowed the world when it hit the market. All-wheel drive, twin turbos, a dual-clutch transmission, and a variety of electronic gizmos put the neo-Datsun in supercar territory. And its spacious, four-seat interior even made it a reasonable daily driver – if you didn’t mind the harsh ride. Today, a shrewd buyer would be able to find a 2009-2010 GT-R for less than $50,000 in excellent condition. A more powerful version of the 3.8-liter V6 engine came around for 2011, and some of these cars can be had for a bit more.

When the water-cooled Porsche 996 gave way to a 911 Turbo variant in 2001, it silenced many complaints about the company’s new world order. Its engine was based on that of the 911 GT1 racing car, curing the intermediate main shaft woes that plagued other Porsches of this era, resulting in a reliable 415 horsepower from the twin-turbo flat-six.

The 911 Turbo also boasted unique styling that set it apart from the Boxster and Carrera, and it could be ordered with a power-boosting X50 package. At around $40,000 in good condition, early 911 Turbos are the cheapest, but later model years offered a high-performance Turbo S and a cabriolet body style. The 996 Turbo remained on the market through 2006.

See How The Porsche 911 Has Evolved Through The Years

Your ship has finally come in, but unfortunately, it looks more like a very nice Jet Ski, not the ocean liner you thought it would be. Rather than the multi-million-dollar windfall you’d hoped would get you into a brand-spanking-new Lamborghini, you’re only going to be able to budget about 50 large for your next car. Not to worry, because we at Motor1.com are here for you with this list of 15 supercars you can buy for less than $50,000, and if you don’t tell the neighbors, they just might think you spent a lot more.

Where possible, we tried to use official valuation tools such as those from Hagerty and Kelley Blue Book. We also searched used car listing sites such as TrueCar to verify that vehicles could indeed be found within a good negotiation session of that $50,000 price cap. This list includes a variety of engine types, driven wheels, and body styles, because we like to have options when spending your imaginary money. But one thing unites each one of these machines – impressive badges, exotic power plants, and look-at-me styling.