Editors Go At It Over Tesla Cybertruck Reveal: Podcast #31 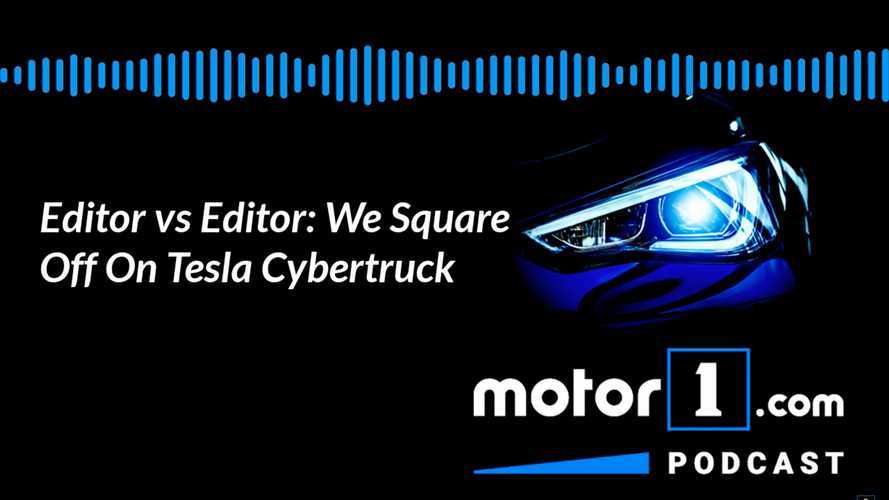 Elon's pickup is nothing if not polarizing, so our two editors go toe-to-toe over whether it's madness or genius.

You've no doubt seen the Tesla Cybertruck by now and have therefore formed an opinion about it; it's impossible not to. Motor1.com editors have been battling all week over whether this thing is brilliant or an abomination, so what's left to do but shift our tussle to the airwaves? Global Editor-in-Chief John Neff and Senior Editor Jeff Perez have each taken a side and are prepared to defend it with their good names.

In one corner, we have Neff arguing on the behalf of brilliance, and in the other is Perez, prosecuting the case for abomination. Right up front, Neff admits his case is weak and fears fighting a losing battle, but they press on. The discussion starts with a breakdown of the Cybrertruck's bonafides, before moving on to a roe over its design and more unanimous review of the truck's circus-like unveiling.

What's clear after their conversation is there are a lot of questions still unanswered about the Cybertruck. Tesla CEO Elon Musk is still eeking out information tweet by tweet, but so much is unknown that it's hard to decide whether we should judge the Cybertruck we see before us or what it might become in the two years to go until it reaches production.

That brings us to listener comments, and there were some great ones after last week's episode on whether or not Ford should use the Mustang name on the Mach-E. And finally, we ended the show with our favorite segment: What We're Driving. Perez had an amazing week of driving with time spent behind the wheel of a Hyundai prototype he's not allowed to talk about yet and being one of the first people in the world to spend some seat time in the aforementioned Mustang Mach-E. Neff, meanwhile, took a long-distance trip in his Tesla Model 3 and experienced Supercharging for the first time.